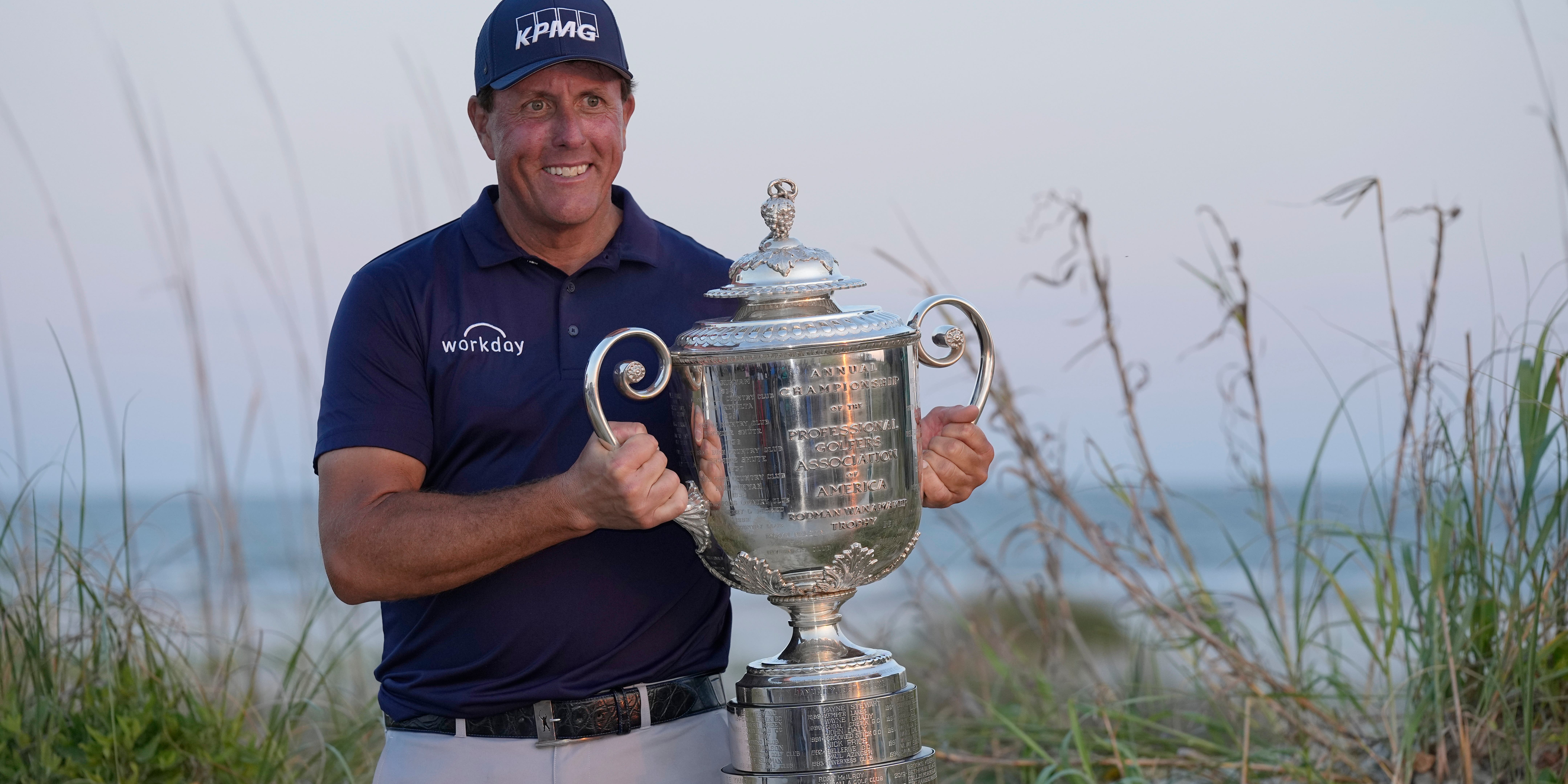 Phil Mickelson said he would “cherish forever” his extraordinary victory in the US PGA Championship after becoming the oldest major champion in history.

Mickelson held his nerve during a pulsating final round at Kiawah Island to win his sixth major title, 16 years on from lifting the Wanamaker Trophy for the first time.

The 50-year-old carded a closing 73 amid euphoric and somewhat chaotic scenes on the 18th hole, finishing six under par and two shots ahead of Brooks Koepka and Louis Oosthuizen.

“I believed I had the ability to do it, I knew I could and I’ve been very frustrated,” said Mickelson, who had started the week ranked 115th in the world and a 280/1 outsider.

“With the help of my wife Amy, my brother Tim and my coach Andrew Getson I’ve been able to get back to playing golf at the highest level and it’s so fulfilling and rewarding and this is a moment I will cherish forever.”

Mickelson short-sided himself on the fifth after Koepka hit a superb tee shot to 25 feet, but then showcased his incredible bunker skills.

Abraham Ancer carded the lowest round of the week, a closing 65, to climb from 58th to eight place.

A change in wind direction meant the par-five 16th was the easiest hole for the first time, playing to an average of 4.42.

The par-four 13th was the toughest hole and played harder than the 16th, Oosthuizen’s double bogey and Mickelson’s bogey there contributing to an average of 4.53.