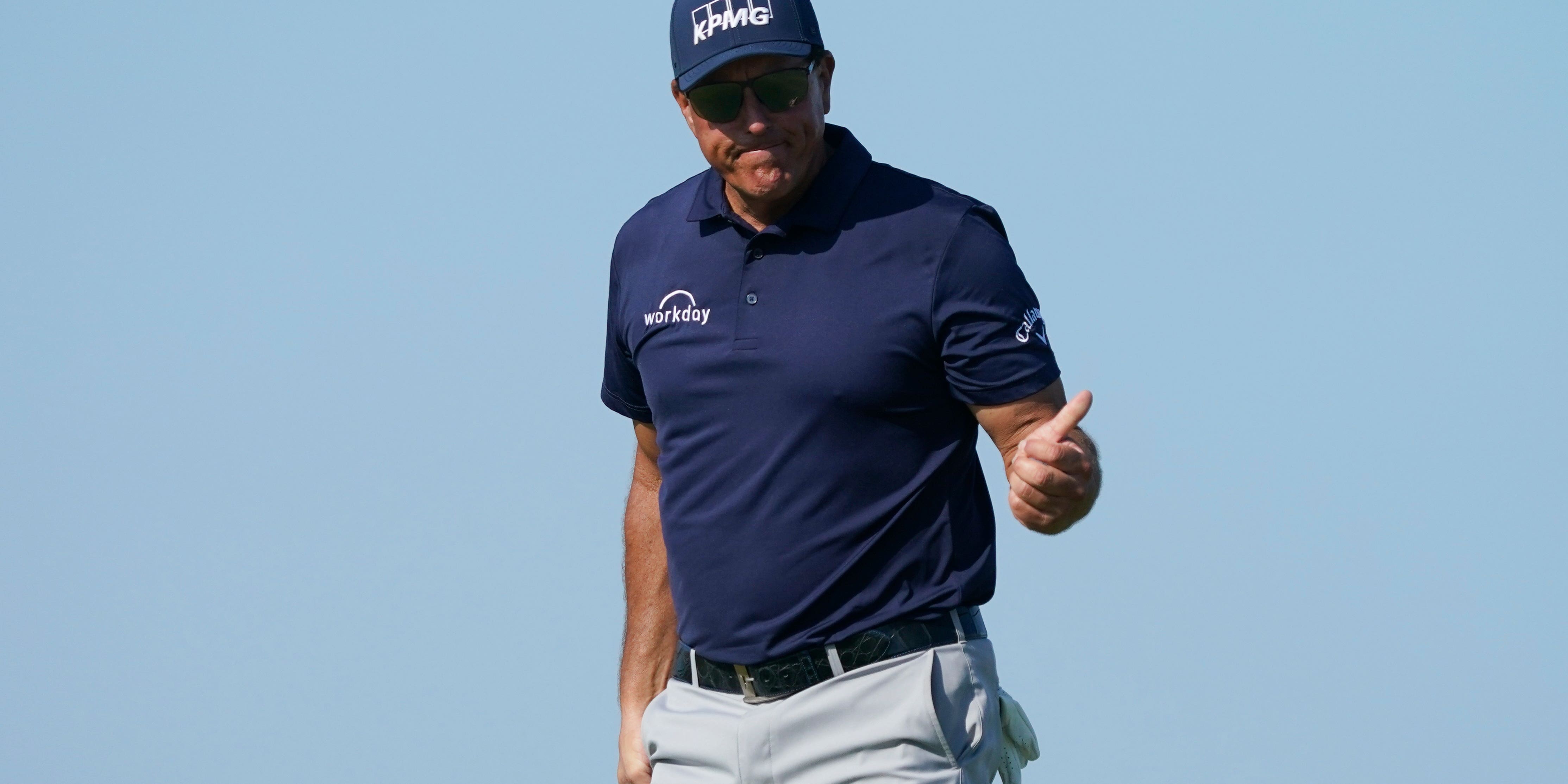 Nine days after accepting a special exemption for next month’s US Open, Phil Mickelson rendered it unnecessary in amazing fashion by becoming the oldest winner in major championship history.

Mickelson held his nerve during a pulsating final round at Kiawah Island to win his sixth major title in the 103rd US PGA Championship, 16 years on from lifting the Wanamaker Trophy for the first time.

The 50-year-old carded a closing 73 amid euphoric scenes around the 18th green, finishing six under par and two shots ahead of Brooks Koepka and Louis Oosthuizen, with Shane Lowry, Padraig Harrington, Paul Casey and Harry Higgs two strokes further back.

A 280-1 outsider at the start of the week, Mickelson will celebrate his 51st birthday on June 16, the day before the US Open – which he needs to win to complete the career grand slam – gets under way at Torrey Pines.

Julius Boros had been the previous oldest major champion, claiming the US PGA title in 1968 at the age of 48.