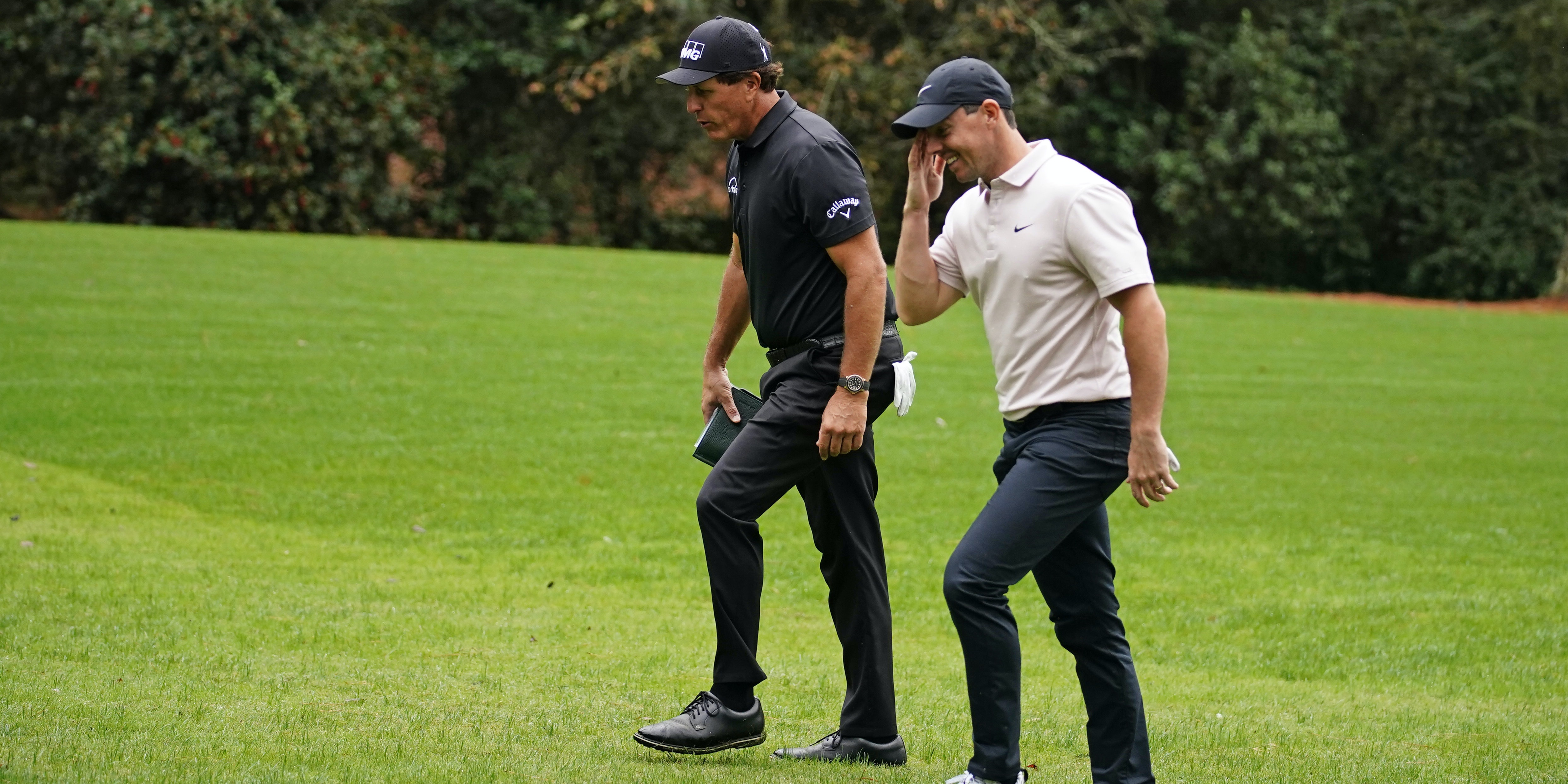 Phil Mickelson is adamant that Rory McIlroy will win the Masters to complete the career grand slam.

McIlroy needs a victory at Augusta National to join Gene Sarazen, Ben Hogan, Gary Player, Jack Nicklaus and Tiger Woods as the only players to have won all four major championships.

The 31-year-old blew a four-shot lead after 54 holes in 2011 but Mickelson knows from personal experience that time is still on the side of the four-time major winner.

Given his own – so far unsuccessful – battle to complete the grand slam by winning the US Open, Mickelson was asked what advice he would give McIlroy.

“First of all, there’s not much advice I can give him,” the 50-year-old said. “The guy is as complete a player as there is, as well as smart, knowledgeable and works hard.

“So he’ll win and complete the grand slam. He’s too great a player not to. There’s nothing that I can really say to help him. He’s had a lot of great opportunities, and he’s going to continue to do so.

“I played with him today. He’s playing beautifully. I would be shocked if he wasn’t in contention with a great chance on Sunday.

“He has so many majors already and such a strong game that winning a Masters will happen. And when it does, I think he’s going to win a few.”

After winning the third leg of the grand slam in the 2014 Open Championship, McIlroy has recorded four straight top 10 finishes in the Masters, although his most realistic chance to win ended with a closing 74 when in the final pairing with eventual winner Patrick Reed in 2018.

McIlroy was poised to enter this year’s Masters in great form and as the world number one, only for the coronavirus shutdown to cause the tournament to be postponed until November.

Asked if he shared Mickelson’s confidence about his prospects of winning a green jacket, McIlroy said: “I’d like to think so but nothing’s given in this game.

“I guess there’s no better person to maybe have a chat with than Phil because he broke through here when he was 33 for his first major after knocking on the door for a long time. I’m not quite in that scenario, but I’m looking for my first here.

“I’ve always felt like I had the game to do well around here and to play well. It’s just a matter of getting out of my own way and letting it happen.

“But as I said, you have to go out and earn it. You can’t just rely on people saying that you’re going to win one. Greg Norman never did. Ernie Els never did.

“There are a lot of great people that have played this game that have never won a green jacket. It’s not a foregone conclusion, and I know that. I have to go out and earn it and play good golf.

“I think nowadays, with how many great players there are, I need to play my best golf to have a chance.”

One thing in McIlroy’s favour is that Bryson DeChambeau is currently dominating the headlines following his dominant victory in the US Open.

“Yeah, I don’t mind this. This is nice,” McIlroy added with a smile. “It feels like everything this year is more subdued. It’s more relaxed. That’s the feel for me, anyway.

“Obviously Bryson is going to be feeling a little different because the attention is on him and deservedly so coming off the back of a major win and basically disrupting the game of golf over the last few months.

“It’s a big story, and I’m just as intrigued as everyone else to see how that unfolds.”