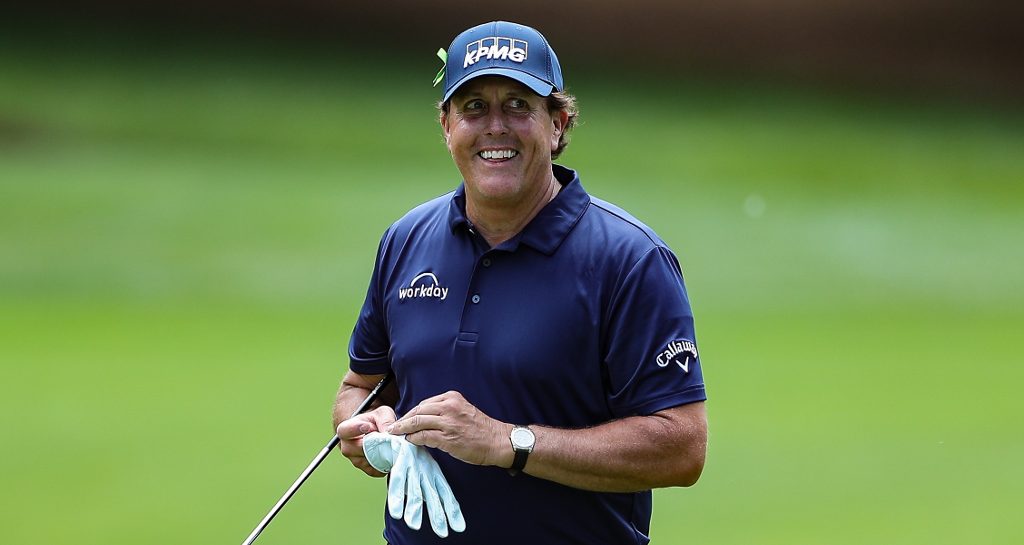 Phil Mickelson and Luke Donald have been involved in an entertaining Twitter too-and-fro over greens books, with the American definitely getting the best of the apparently lighthearted exchange.

Greens books has been a contentious subject of late, all seemingly stemming from criticisms of Bryson DeChambeau for slow play at Northern Trust last week.

The golf world appears quite divided on the matter, with some players believing that the use of greens books slow down golf, and others strongly believing they speed the game up.

Mickelson is firmly in the latter camp, tweeting earlier this week that anyone who disagrees is “flat out idiotic”, as they allow 80% of the putting judgement to be done before the golfer has even got to the green.

Donald has now joined the debate, referencing Mickelson’s comments and saying: “Guess I’m an idiot then.”

We agree one one thing at least

“One thing I don’t understand here is for a greens book to be effective you have to know exactly where your ball is on the green relative to the hole – how can you have done 80% of your read then before you’ve even got to the green?”

Mickelson’s response was cutting – and brilliant – replying: “We agree one one thing at least.”

All in good fun, probably…