Phil Mickelson, 48, in the hunt for a fourth green jacket 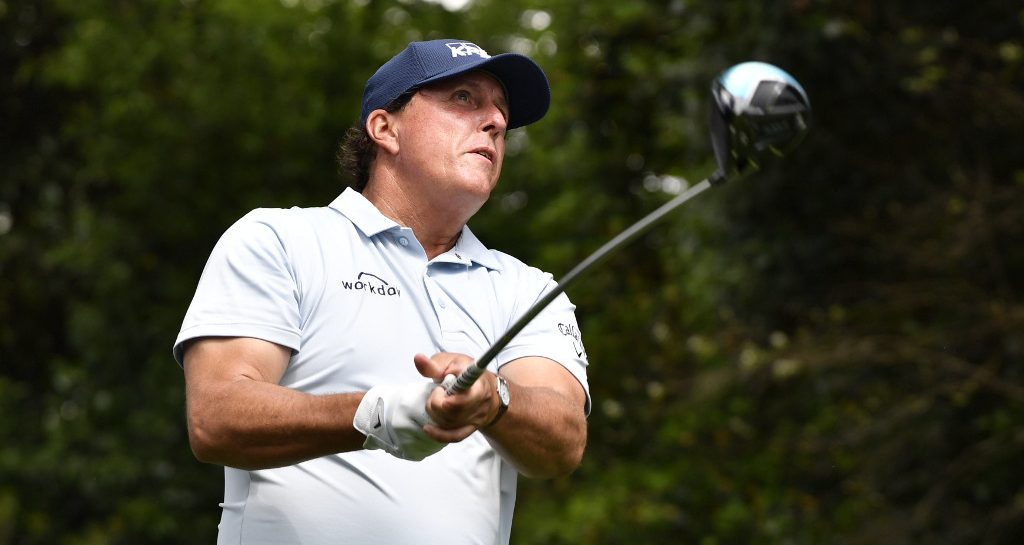 Phil Mickelson created more magic at Augusta on Thursday as a back-nine charge left him just one shot off the lead and in the running for a fourth Masters title.

Already a winner on the PGA Tour earlier this year, the 48-year-old American continued to defy his advanced years with a stellar five-under-par 67 in the first round, leaving him just one shot behind co-leaders Bryson DeChambeau and Brooks Koepka.

If he were to go on and win the tournament, he’ll become the oldest player ever to win a major championship, surpassing Julius Boros, who won the 1968 PGA Championship aged five months younger.

After his round, Mickelson admitted that Augusta has a transformative effect on him, and it happens as soon as he arrives and drives down Magnolia Lane.

Five birdies in the last seven holes moved @PhilMickelson within one stroke of the first-round leaders. #themasters pic.twitter.com/h2am3vjwJT

His round on Thursday featured seven birdies and two bogeys, but his two dropped shots could easily have been much worse.

He was particularly lucky to escape with just one dropped shot on the 11th, where he hit a poor drive into the right trees before hitting his second shot into the water.

“It looked like after bogeying 10 and 11 that would kill some momentum,” he said. “It was the other way around, because I made two great bogeys that should have and could have been doubles. After going in the water at 11 to hit that close and have an easy bogey and then to make a 6‑-footer for bogey on 10 after a terrible drive, those were almost momentum maintainers. That kept me in it.

“And then when I got to the holes that I could birdie I took advantage of it with some good shots.”

Mickelson rallied impressively afterwards with birdies on the par-5 13th and 15th, and then came closing to acing the par-3 16th before tapping in for another birdie.

He saved par on 17 after a poor drive into the trees and then closed with a birdie on 18 following a monster drive and a wedge into the green.

“I was just hoping to shoot in the 60s. I thought there were some 66s out there. The greens are softer than they’ve ever been [from rain this week], and they’re not as fast as they normally are. So [Thursday] was a day to take advantage of it. I’m sure they’ll get firmer and faster as the week goes on.”