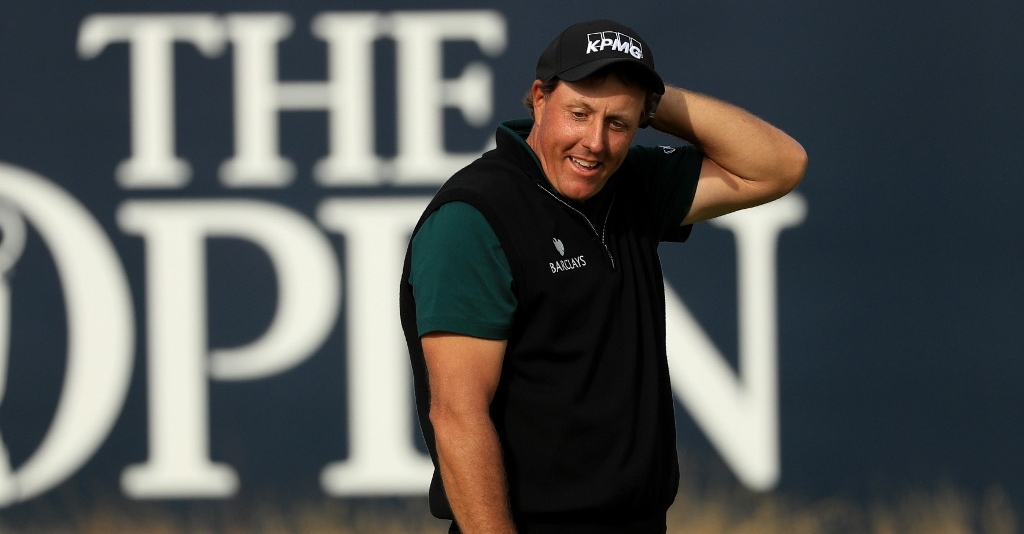 Phil Mickelson absolutely demolished Royal Troon on Thursday, tying for the lowest ever round in a major with a course-record 63.

The 46-year-old American hasn't won anywhere in the world since his victory at The Open three years ago, but picked a great time to rediscover his form of old.

In a faultless performance, Mickelson birdied the second, fourth, sixth, eighth, 10th, 14th, 16th and 17th to sign for a new course-record 63.

Incredibly, he came within a whisker of being the first man to shoot a 62 in a major, as his 18-footer for birdie at the last lipped out.

Phil Mickelson came SO close to a low major score of 62 #TheOpen pic.twitter.com/n91YpkelLG

With unusually benign and sunny conditions greeting the players on day at Troon, many looked to take full advantage, but none to the degree that Mickelson did.

"It was a beautiful day, and I took advantage of it. It was fun."

As for the putt on the last, Mickelson admitted to being bitterly disappointed at missing out on a 62.

After seeing footage of the putt, he said: "I've seen all these highlights and I feel like crying. It's heart-breaking.

Nevertheless, Mickelson will certainly take his 63 and sleep very soundly, knowing he will take a sizable three-shot lead over fellow American Patrick Reed and Germany's Martin Kaymer into Friday's second round.

Reed held the clubhouse lead on five under for much of the day thanks to an opening 66, before Mickelson's stunning round eclipsed him. Reed was joined by Kaymer – another former major champion rediscovering his form – in a tie for second later on.

As many as eight players follow on four under par, including a whole host of Americans  – Steve Stricker, Billy Horschel, Keegan Bradley and defending Open champion Zach Johnson.

Johnson was alone in second place on six under until two closing bogeys saw him sign for a 67.

None of the world's top four players managed to catch fire on the day. At two under after a 69, Rory McIlroy fared the best, with Jordan Spieth and Dustin Johnson following on even par after opening 71s – already eight shots adrift.

World No 1 Jason Day endured the toughest day after struggling to a two-over-par 73.

It was a pretty good day for the Asian contingent overall. Outside of the trio on three under, Japan's Kodai Ichihara and Anirban Lahiri of India both opened with a two-under 69s, while Korean Byeung Hun An shot a 70 and Thai veteran Thongchai Jaidee a level-par 71.