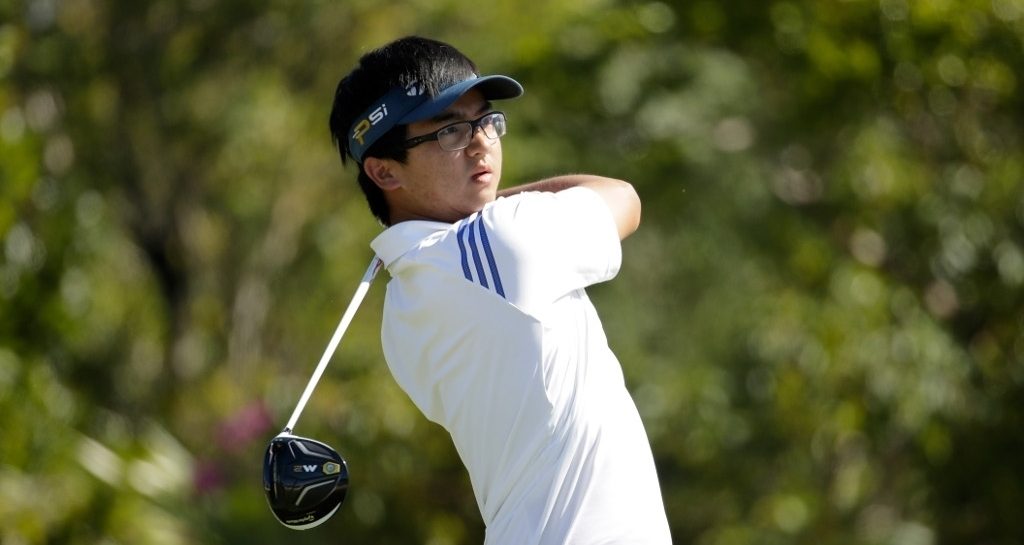 Dou Zecheng became the first player from China to earn a PGA Tour card after winning the Digital Ally Open on the Web.Com Tour.

The 20-year-old steamrolled the rest of the field on a marathon final day of the rain-delayed event at Nicklaus Golf Club at LionsGate.

Getting through 36 holes, Dou shot a 10-under 61 in the morning and added a 66 in the afternoon for a three-stroke victory – the first by a Chinese player on the Web.com Tour.

"It's a big honor to represent China and come play in the United States," said Dou, who is also known by the name Marty.

How Marty Dou celebrates his first @WebDotComTour victory @DigitalAllyOpen. Dou is sliding into the @pgatour like…. pic.twitter.com/EQTZ2Lt35T

"Playing and learning from the best, competing and earning my tour card, it feels amazing right now.

"I was talking to my team and I didn't know if I needed to keep practicing or get more experience on the Web.com Tour instead of trying to get to the PGA Tour so fast. I never thought I could win this year."

Dou's victory earned him a $117,000 cheque, which saw him jump to 15th place on the money list and earn his PGA Tour card with four events to spare.

"It's going to be pretty big," said Dou. "We've been talking to the Chinese media this year about a Chinese player potentially getting to the PGA Tour. 'How soon will they get their card?' and I just did it here. It just happened."

Dou's third-round 61 was also the best round of his career.

"The 61 beat my low-record by two shots," he said. "It was amazing. I did everything perfect. I don't know what to say. I feel like my game is in pretty good shape."