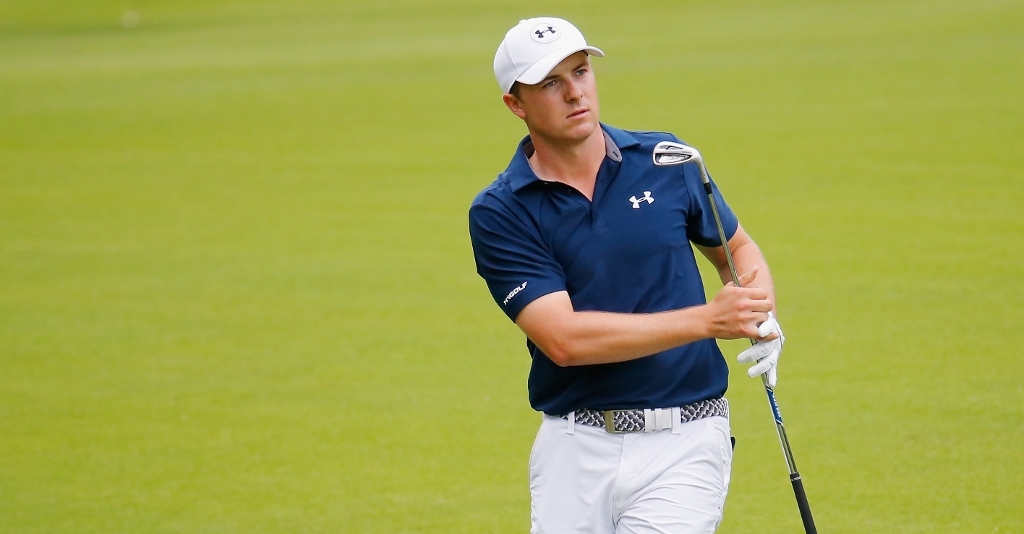 Jordan Spieth was named the PGA of America player of the year on Monday, following his superb FedEx Cup win.

The 22-year-old also received the Vardon Trophy for the lowest scoring average.

Only Tiger Woods captured those two rewards at an earlier age, doing so in 1997.

Spieth captured two major victories in 2015 – the Masters and the US Open – and picked up further wins at the Valspar Championship, the John Deere Classic and the Tour Championship on Sunday.

He also missed a play-off spot at the Open Championship by one stroke, and finished second behind Jason Day at the PGA Championship.

Day, who claimed four wins in his last seven events, was runner-up in the player of the year award.

Spieth captured the Vardon Trophy with a scoring average of 68.911 through 91 complete rounds.

Unsurprisingly, Day was second with a scoring average of 69.161 through 75 rounds.