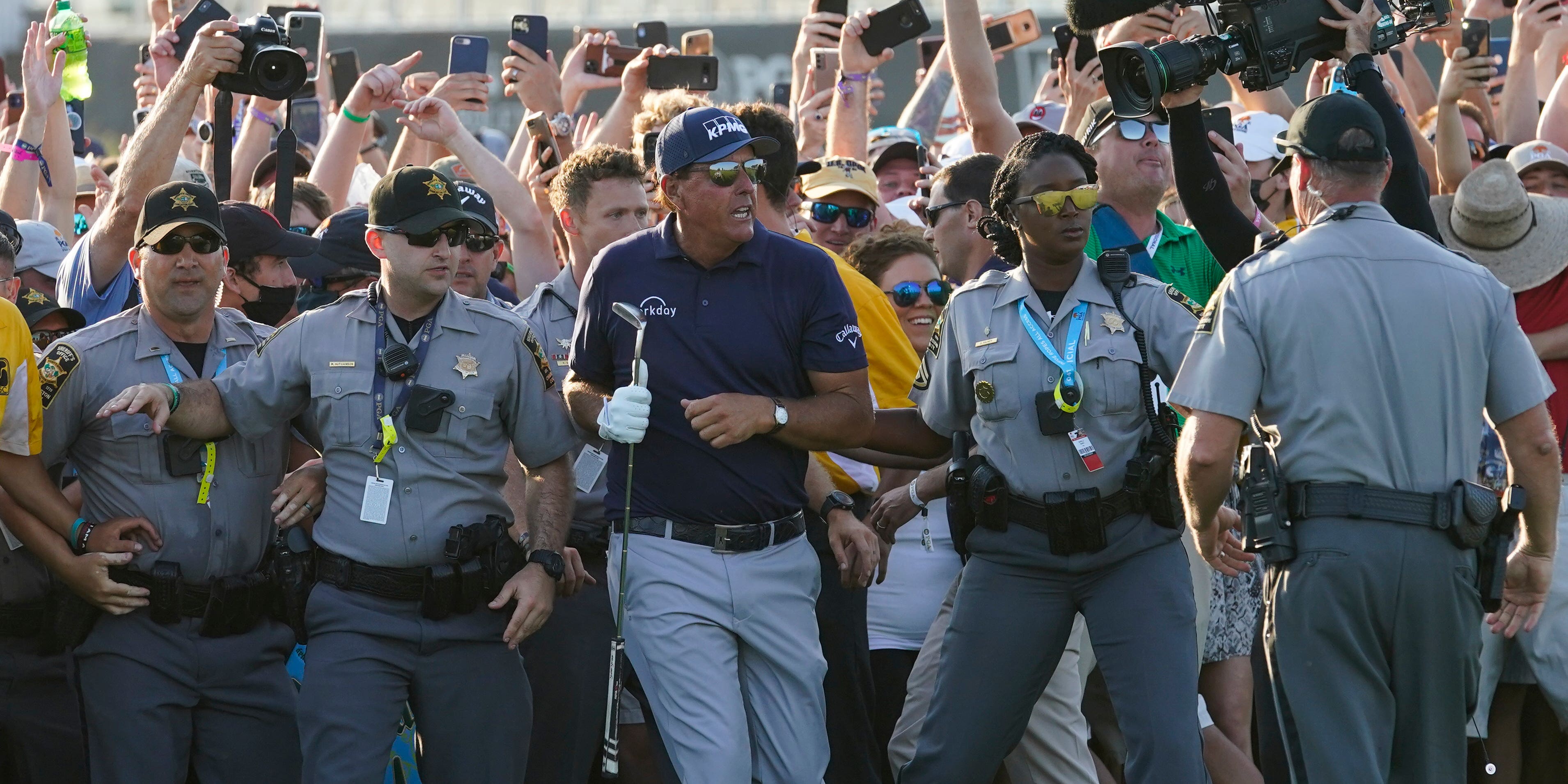 The head of the PGA of America has apologised to champion Phil Mickelson and runner-up Brooks Koepka after they were mobbed by fans on the 18th fairway at the US PGA Championship.

The playing partners were surrounded by spectators when Mickelson hit a superb approach to the 18th, with the eventual victor needing assistance from security guards to force his way onto the green.

PGA of America chief executive Seth Waugh said in a statement: “While we welcome enthusiastic fan engagement, we regret that a moment of high elation and pent-up emotion by spectators … briefly overwhelmed security and made two players and their caddies feel vulnerable.”

Mickelson described the experience at the time as “slightly unnerving, but exceptionally awesome”, but Koepka was not so amused.

“It would have been cool if I didn’t have a knee injury and got dinged a few times in the knee in that crowd because no one really gave a s***,” said Koepka, who had surgery to deal with a knee cap dislocation and ligament damage on March 16.

“It’s cool for Phil, but getting dinged a few times isn’t exactly my idea of fun.

“I don’t think anybody really understands until actually you’re coming out of surgery how … I mean, even when I was doing rehab and there’s five people kind of standing by your knee, you get a little skittish.”

Waugh appeared to take Koepka’s concern into account, saying: “We always put player safety at the top of our list and are grateful that order was restored.

“I have spoken to both players and apologised on behalf of the association.”

Mickelson held his nerve during a pulsating final round at Kiawah Island to win his sixth major title, 16 years after lifting the Wanamaker Trophy for his first US PGA title.

The extraordinary victory made the 50-year-old the oldest major champion in history.