Pettersen: I did nothing wrong 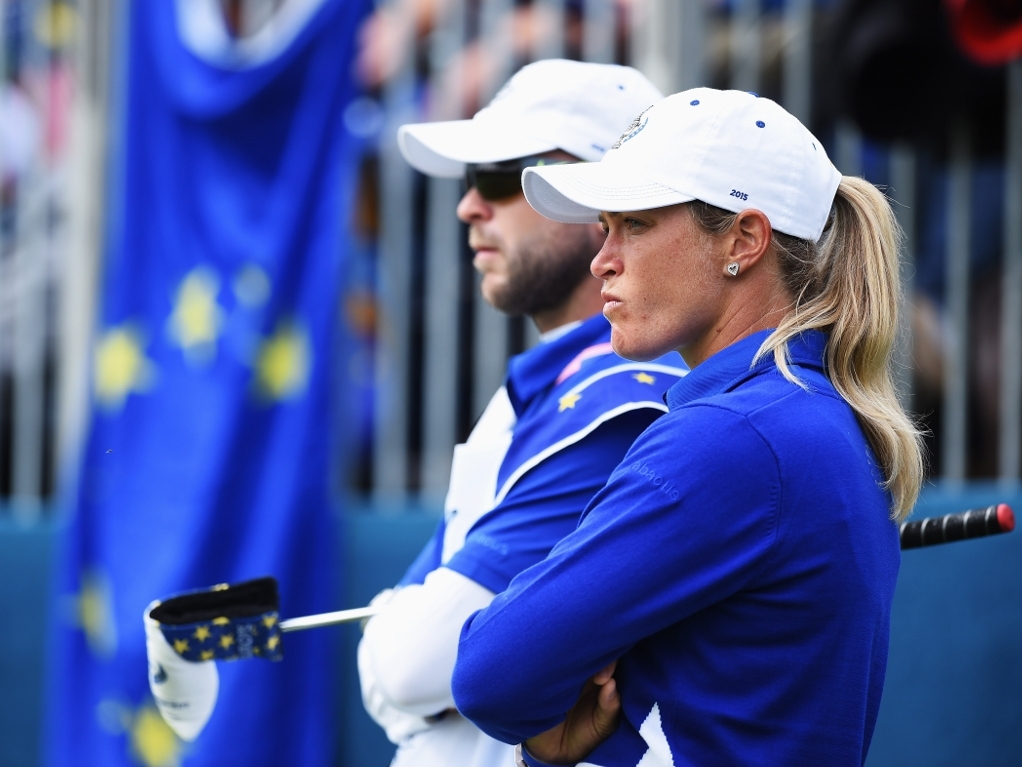 Suzann Pettersen has defended her decision not to concede Alison Lee during Sunday's Solheim Cup action when the rookie picked up her ball after incorrectly thinking her putt had been conceded.

A furore erupted at the 17th hole of the fourballs match featuring Europe's Pettersen and Charley Hull, and the United States' Alison Lee and Brittany Lincicome.

After missing an eight-foot birdie putt, Lee picked up her ball as she thought her 18-inch par putt had been conceded as she believed that Hull had begun to walk to the next hole and that she had heard someone concede the putt.

However, Pettersen said that they had not conceded the putt and after discussions with the officials, Europe were awarded the hole to go one-up. A Hull birdie at the 18th would ensure that Europe won the match and valuable point.

Lee, a Solheim Cup rookie, and Hull broke down in tears at the conclusion of the match, and Pettersen has come under heavy criticism for her actions, but the 34-year-old was adamant that she played by the rules.

The Norwegian added that she would do the same thing again if the situation presented itself.

"Totally," she asserted. "It was very clear from Charley and me that we wanted to see the putt (holed).

"I've never been more quiet in my life after seeing her first putt. We didn't say a word and, unfortunately, she picked up."

It was initially thought that Hull had begun to walk towards the 18th hole when Lee went to pick up her ball, but the Englishwomen insists that this was not the case.

"I was walking over to Suzann to discuss whether or not to give the putt and then I turned around and Alison picked up," said Hull.

"A few people are saying I was walking off the green. If they watch again, I was talking to Suzann."

Despite this, USA captain Juli Inkster was less than impressed with the way Pettersen handled the situation and said that she will never be able to justify her actions.

"I have never seen anything like it in my career," she said. "It's just not right. You just don't do that to your peers. It's disrespectful.

"I saw Charley walking off and Suzann kind of turned her back and then Suzann said she did not give it to her (Lee). It was even anyway, they could have won the 18th hole, we could have halved. It's just BS [b*******] as far as I'm concerned.

"I thought it was a great week for women's golf and to have put a dampener on that, you could never justify that."

European captain Carin Koch admitted that the situation was unfortunate but stood by the decision.

“You feel bad when someone makes the mistake,” Koch said. “We had a rules meeting early in the week where they clearly told us how important it is to make sure that someone has conceded the putt. And no one did. It's clear in the TV screen, it's clear to everybody.

"You feel bad, of course, you don't want to win a hole because someone makes a mistake. It wasn't a short enough putt where they would have even given it. We have to follow the rules of golf.”

The Americans went on to stage a fierce comeback in the singles, regaining the Cup after winning 14.5-13.5, having trailed 10-6.