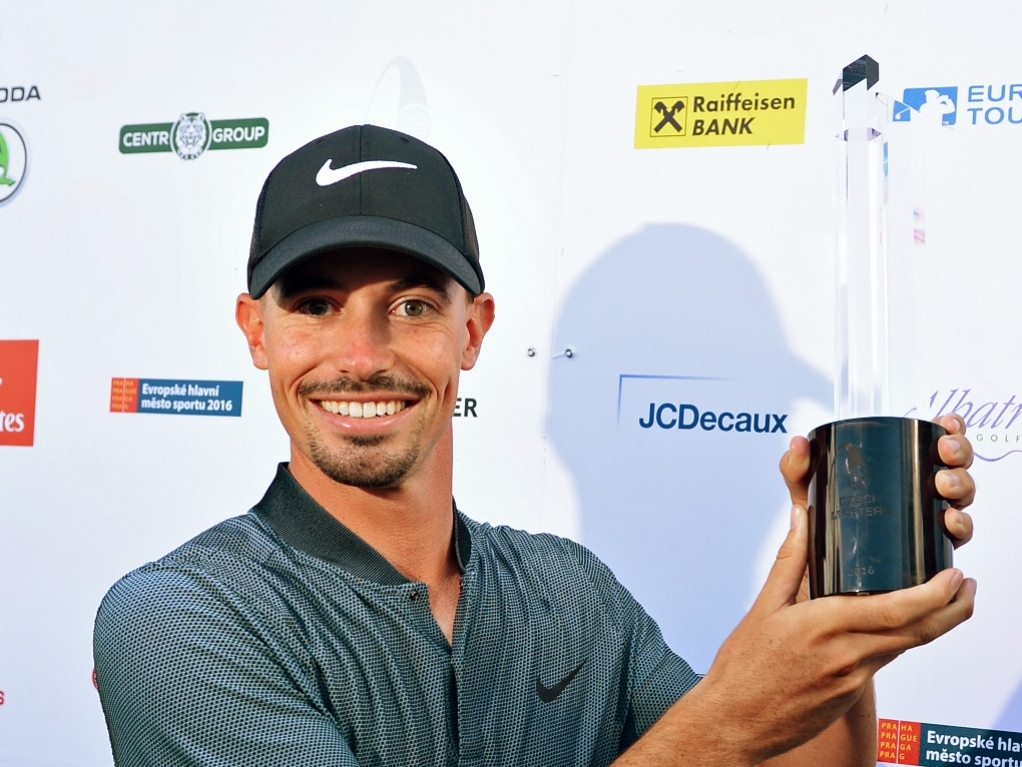 Paul Peterson claimed his first win on the European Tour at the D D REAL Czech Masters on Sunday.

The American carded a final round of 67 at the Albatross Golf Resort in Prague, which took him to 15 under for the event, one stroke ahead Thomas Pieters.

A day that started under dark clouds finished in glorious sunshine and a beaming Peterson as he birdied the last hole to seal a memorable win.

Pieters and Peterson moved ahead of the field early after a series of birdies. A gain on the fifth saw Peterson catch up to his partner, who started the day two shots ahead.

The duo then swapped the lead on a number of occasions until a superb tee shot into the par three 16th left Peterson with a tap in for birdie. While he had a one stroke lead going down the last, the Asian Tour player holed a superb putt on the 18th for the win.

Further down the leaderboard, David Howell and Ryan Evans finished T3 on 11 under, while Matthew Fitzpatrick virtually assured his place in the Ryder Cup team with a solo fifth finish.