‘Perfect’ shot could have cost McIlroy 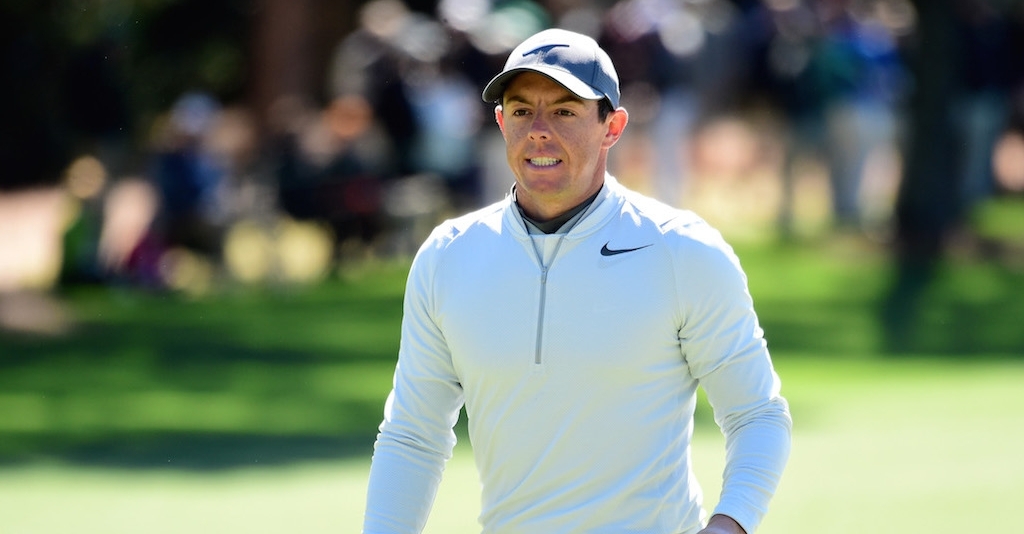 Rory McIlroy has said his approach to the 18th hole at Augusta was ‘perfect’ but it could well be the reason he doesn’t win his first green jacket.

The 2017 masters is shaping up to be a nail-biting affair. After the completion of round two, there are four players leading at four-under-par. Furthermore, just five shots separate the top 15 players.

And when the margins are so small, a three shot swing hurts. And that is exactly what McIlroy was dealt on the 18th on Saturday evening.

With 140 yards left on the par four closing hole, McIlroy flushed what looked like a nine-iron. It was perfectly on line and seemed destined for the cup.

However, in a shocking turn of events the ball hit the flag and ricocheted 22 yards from the green.

The Northern Irishman was unable to get up-and-down and so ended up carding a bogey when an eagle seemed like the most likely outcome.

That bad break leaves McIlroy at one-over-par when he could easily have been at two-under-par and just two shots off the pace.

“I thought it was perfect,” McIlroy said of his approach shot.

“I hit a really good shot, just a bit unfortunate.

“It’s frustrating. It’s tough because you grind all day and you battle hard and then something like that happens at the last but I’m still in decent position going into the weekend.

“I know I have to get off to a pretty fast start tomorrow.

“A good, solid front nine and I’ll be right there in the tournament.”