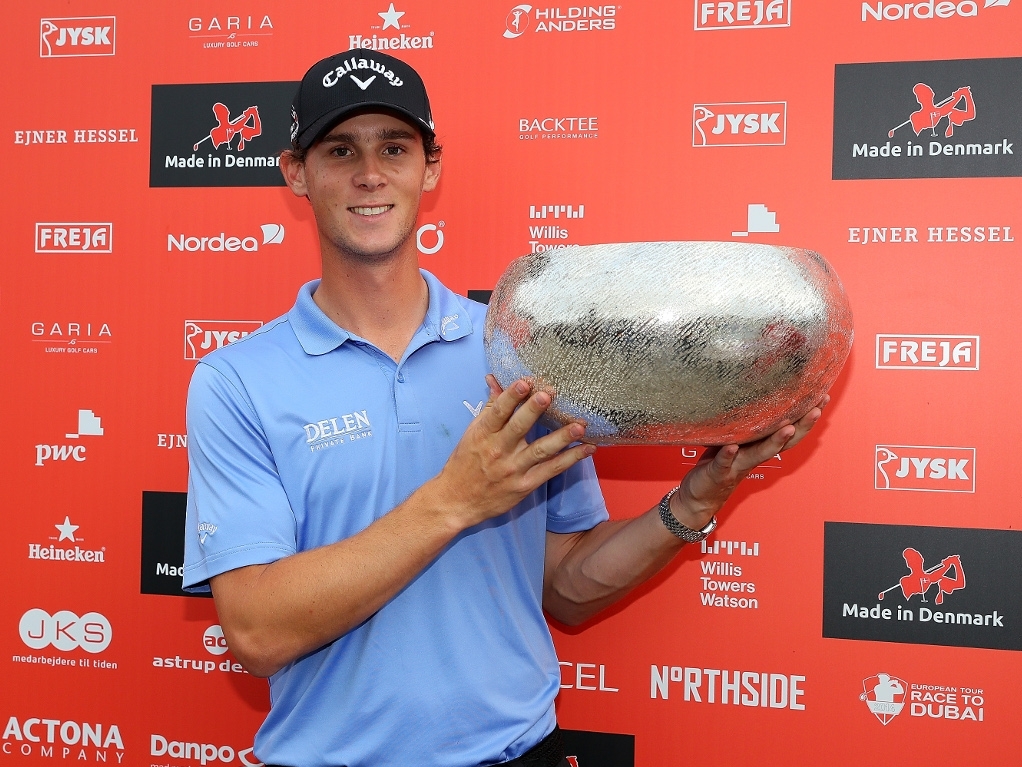 Thomas Pieters sizzling final round was enough to earn a one stroke win at the Made In Denmark on Sunday.

The Belgian produced a superb six under 65 at Himmerland Golf and Spa Resort, which took him to 17 under for the tournament, one ahead of Welshman Bradley Dredge.

Pieters – who started his week with a course-record equalling 62 on Thursday – had gains on the fourth, sixth and eighth to bring himself into contention.

The 24-year-old then had a sensational finish, with a near hole-in-one on the 16th and two more birdies on the 17th and the last to secure his third European Tour title.

"I really needed a good finish," he told europeantour.com.

"I saw I was one back walking to the green on 16 and I hit a great shot there but I knew I needed to make at least one more. To finish with two more birdies was pretty cool.

"It's all about winning tournaments. I'm really happy with this one. That was one of my goals, to just have one every year, just so you know you're improving and you can win. That's very important. I'm very, very happy."

With Team Europe captain Darren Clarke still to decide his captain’s picks ahead of the Ryder Cup, Pieters' win has certainly given him some food for thought.

Further down the field, Adrian Otaegui and David Lipsky tied for third, while Sweden's Joakim Lagergren was alone in fifth.