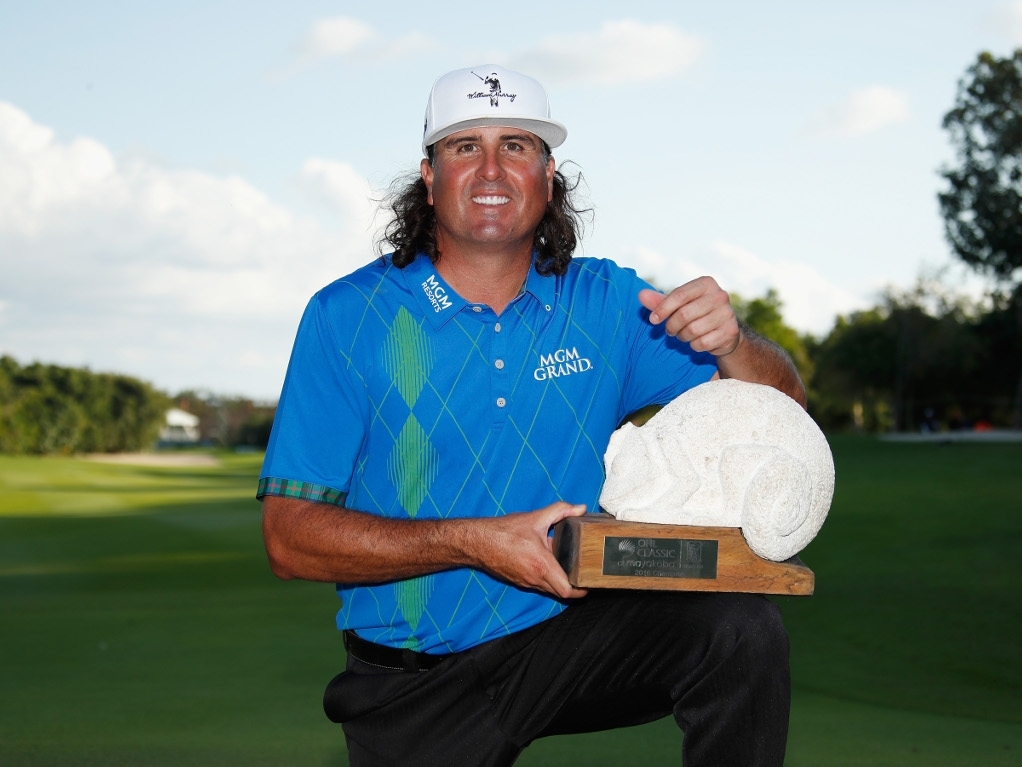 Pat Perez ended a seven-year title drought after he claimed a two-stroke win at the OHL Classic in Mexico.

Perez’s first and only PGA Tour title prior to his victory on Sunday had come at the Bob Hope Classic back in January 2009.

The 40-year-old, who carded a four-under-par 67, did not come into the final round atop the leaderboard as he trailed Gary Woodland by one shot.

Despite this, Perez, who finished on 21-under, made early strides towards winning the title as he registered five birides on the front nine. While he was not able to replicate that performance on the back nine, it was still enough to see off Woodland, who was his main competition, and secure him his second PGA Tour title.

As for Woodland, he had to settle for second place on 19-under after a disappointing round of one-under-par 70. The 32-year-old struggled early on as he made two bogeys on his first three holes before recovering with a birdie at the seventh to conclude the front nine.

Even though he proceeded to make three birdies and a bogey on the back nine, it was too little, too late for him as he could only watch as Perez celebrated his victory.

Russell Knox finished in third, while Chez Reavie, Kevin Streelman and Scott Piercy all ended the tournament in a tie for fourth.