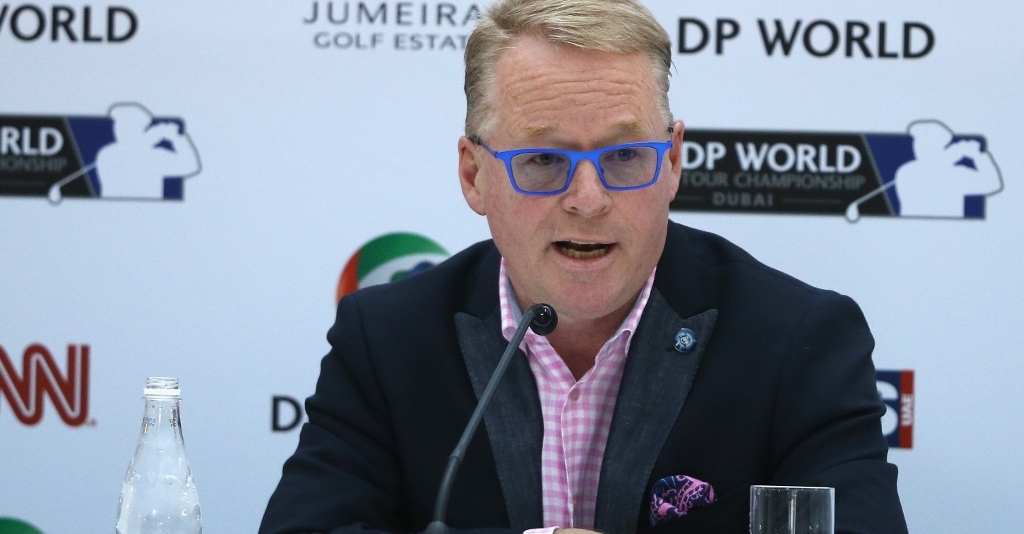 New chief executive Keith Pelley is determined to make the European Tour "a viable alternative to the PGA Tour".

It's only been three months since the 51-year-old Canadian succeeded George O'Grady in the position, but Pelley has already made it clear he's intent on making significant changes.

Pelley was also blunt in his assessment of the May's BMW PGA Championship event at Wentworth, which for some time has been viewed as the Tour's flagship event.

"A lot of people talk about Wentworth as being a flagship event," he told BBC Sport. "Wentworth [prize money] is 5.1m euros. The other event in the US that week is 6.1m.

"That's unacceptable. Wentworth needs to be eight to 10 million dollars."

Pelley was also critical of the Wentworth course.

"I don't see it as our flagship event. The greens became a critical issue last year. In 2017 there is a detailed plan to significantly improve that.

"We are continuing at Wentworth until at least 2018 and expect if the West Course becomes exactly what they believe it can, then we can increase the prize purse.

"Then perhaps it can be a flagship event.

Pelley realises the European Tour simply won't be able to compete with the PGA Tour unless it moves to increase its prize money.

"We have no choice but to work hard to raise our prize purses to provide a viable alternative, for all our players, to the PGA Tour," he said.

"This means our elite, medium- and low-ranked players. We are trying to provide a great option for them.

"There's obviously a lot of migration to America and all we want to do is provide a suitable option for those players before they go to America.

"Right now that doesn't exist because our prize purses aren't high enough, so we are going to have to significantly increase them over the coming years."

Pelley has also moved to change membership rules, allowing some of Europe's biggest players to stay with the circuit while also honouring their commitments to the PGA Tour.

Players who had slipped out of the top 50 were struggling to meet the requirement of 13 tournaments a year, as they might not qualify for the four majors and four World Golf Championships events.

Now, those eight events have been taken out of consideration, and players will only need to compete in five regular season events in Europe.

"It's the status quo except for those who have dropped out of the top 50," Pelley said.

"This makes it easier for them to maintain European Tour membership and I think that's a fair thing for us to do and in the best interests of the tour."

Pelley said new and different tournament formats are also under consideration in a bid to make the product more attractive and exciting.

"We are going to be different, no question," Pelley said.

Asked how envisioned the European Tour looking in 2018, he added: "It'll be significantly different."