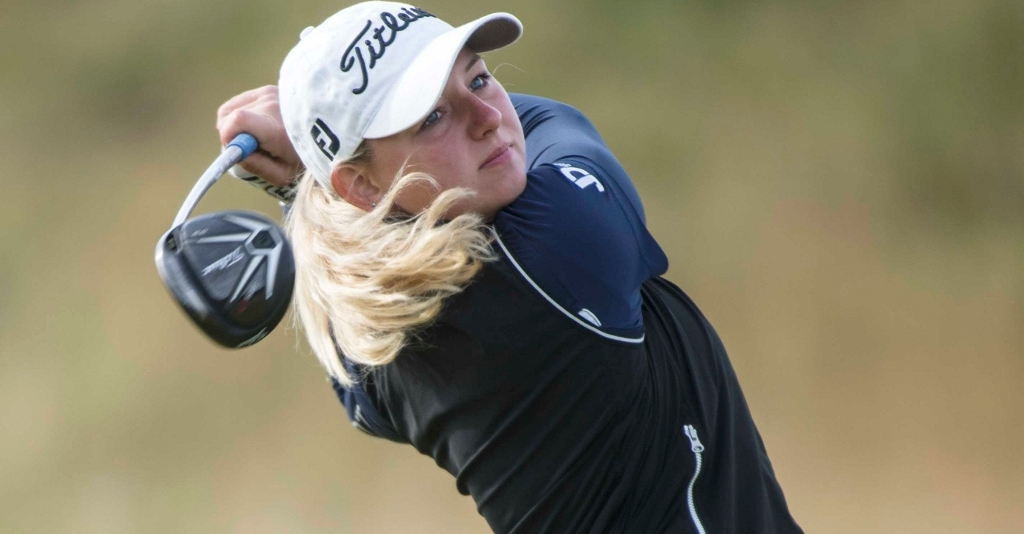 Saraporn Chamchoi, Gulia Sergas and Emily Pedersen are the only three players who will head into the second of the Women's Indian Open with an under par total.

Pedersen leads the way, after carding a two-under-par 70 at the DLF Golf and Country Club on Friday. The Dane started her round on the back nine, where she encountered difficulty at the par-five 15th and followed that up with a dropped stroke at the 17th. This made it difficult for her to gather any meaningful momentum before making the turn.

She maintained her composure during the first five holes on the front nine, putting herself in a position to remedy some of her earlier mistakes and she did so with considerable aplomb. Pedersen carded birdies at the sixth and again at the ninth, adding to the couple that she recorded earlier in the round. Chamchoi produced a mixed bag during her 18 holes, with three bogeys recorded on the scorecard. Sergars did not cover herself in glory either with bogeys at the par-five fourth and the 14th.

An area in which all three players appeared to succeed was damage control, an aspect which the rest of the field will have to address this weekend.

The chasing pack, after the first 18 holes, includes Minea Blomqvist and Sophia Popov, both of whom finished on even par for the round. However, the picture does get a lot bleaker from there.

French woman Gladwys Nocera carded a three-over-par 75, putting herself under considerable pressure heading into the weekend. Nocera got herself off to the rockiest of starts with a double bogey at the par-four tenth.

She managed to maintain some form of stability before making the turn and even earned one stroke back at the par-four 17th. She followed that up with a nervous par at the 18th. Nocera negotiated the first three holes on the front nine relatively well but just couldn't gather much momentum.

The bogey at the fourth set her back again and the double recorded at the sixth added to the damage. The Solheim Cup golfer managed to salvage a stroke with a birdie at the ninth though.

Other high profile players who could not weather the storm were England's Melissa Reid and Florentyna Parker. Both players shot 76 for the round. Cheyenne Woods continued to under whelm with a five-under-par 77.

Carly Booth finds herself below the cut line at nine under.