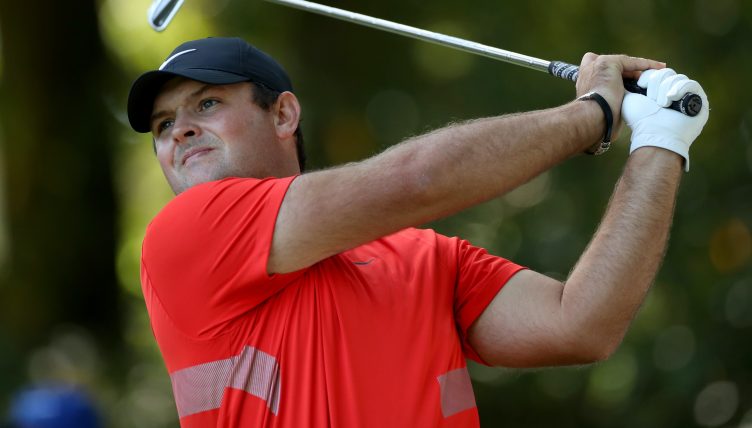 Patrick Reed regained control of the destiny of the Race to Dubai title with a brilliant 64 on day two of the DP World Tour Championship.

Reed carded nine birdies and a solitary bogey at Jumeirah Golf Estates to reach 10 under par and enjoy a two-shot lead over Matt Fitzpatrick, with BMW PGA Championship winner Tyrrell Hatton and Laurie Canter on seven under.

Former Masters champion Reed, who is hoping to become the first American to top the money list on this side of the Atlantic, raced to the turn in 31 and also birdied the 10th before dropping his first shot of the week on the 12th.

The world number 11 bounced back to finish his round in style with birdies on the 15th, 16th and 18th and will now bid to make it five wins out of six when holding a clear halfway lead.

“I feel great obviously, going out and shooting an eight-under-par round and getting myself into double digits by the end of two rounds,” Reed said.

“I feel like the biggest thing is on Thursday it just seemed like I kept burning edges and had a couple iron shots and scoring clubs that I didn’t hit as close as I needed to.

“I was able to warm up a little bit on the range after the round and kind of tighten things up and today I gave myself a lot of chances. I hit it close on a lot of holes and therefore I saw lines a little better and I was able to free up the putter and make some putts.”

Reed began the week with a 460-point lead in the standings, but with 2,000 points on offer to the winner it is mathematically possible for 61 of the 65-man field to finish top of the money list and claim the Harry Vardon Trophy.

France’s Victor Perez was projected to do so when he led after an opening 70, but a second round of 74 dropped Perez back to three under.

“Honestly I haven’t really looked (at projections),” Reed added. “I obviously know where I stand going into the week.

Fitzpatrick looked like squandering a fast start to his round when he bogeyed the 14th and 16th and almost found the water off the tee on the par-three 17th, only to hole from long range for an unlikely birdie.

“We were laughing that it was a five-net-two really,” Fitzpatrick said. “I felt like this year we’ve not had the best of luck, so it’s nice to have that stroke of luck for a change. I’ve just got to make sure to use it to my advantage and kick on over the weekend.

“It’s always more fun in the last group. That’s where you want to be. Just got to keep doing what I’m doing and hopefully sort of stay in there for tomorrow, hang in and push on on Sunday.”

Tommy Fleetwood and Lee Westwood, who can both secure the Race to Dubai title with victory on Sunday, lie four shots off the lead after rounds of 69 and 68 respectively.

“We’ve got two days left and I’m still in with a chance to win the whole thing, which is something to be very happy about, and hopefully I can be here Saturday night with one more day left still with a chance,” said Fleetwood, who won the Race to Dubai in 2017, was third in 2018 and second last year.