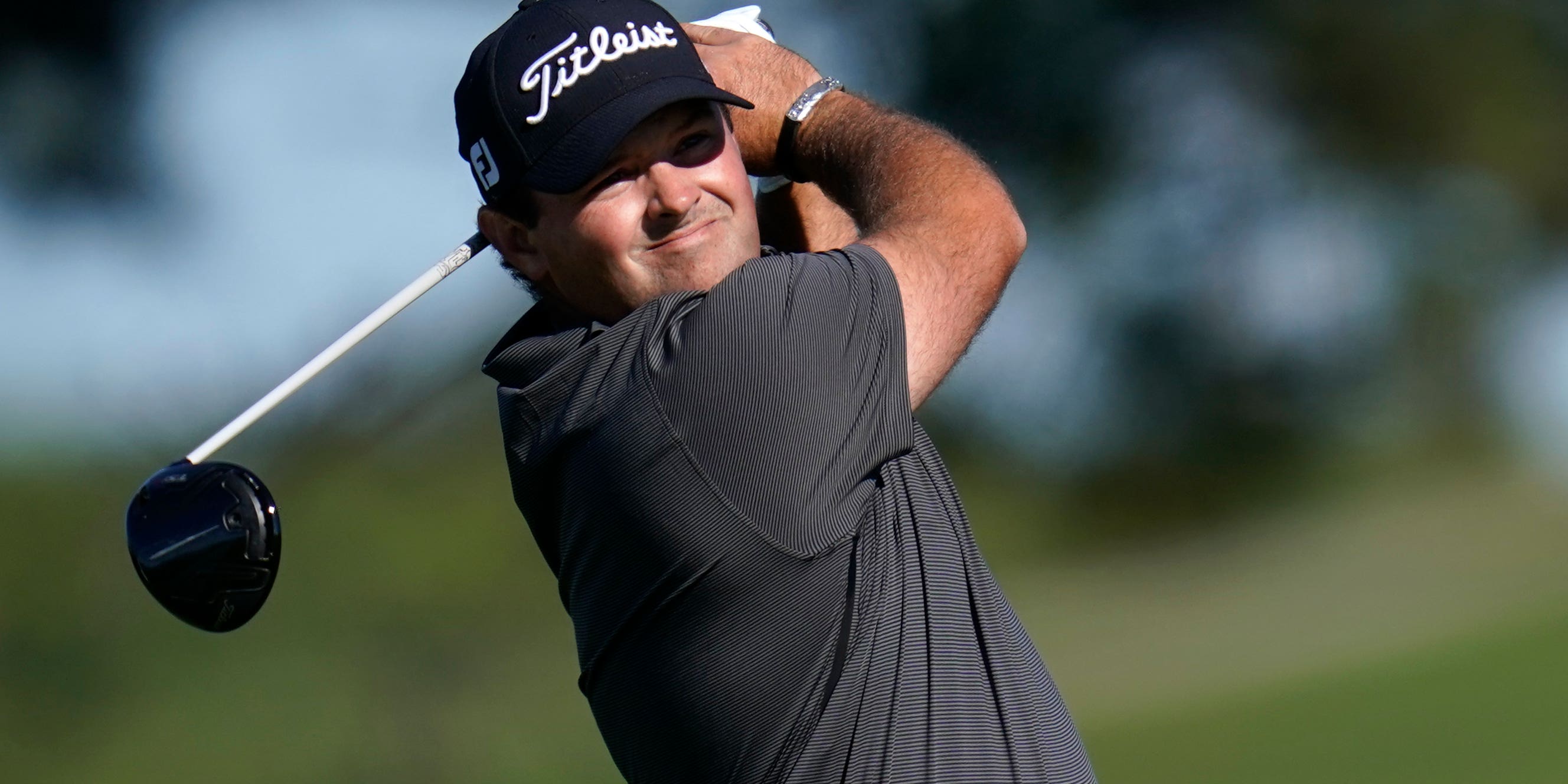 Patrick Reed insisted he made a “textbook” call and felt “great” after being involved in another rules controversy at the Farmers Insurance Open.

Reed benefitted from a controversial ruling on the par-four 10th at Torrey Pines when he hit a 190-yard shot out of a bunker, with a TV replay showing the ball bounced once before settling into the rough.

Believing the ball did not bounce, Reed picked it up to see if it was embedded before a rules official arrived.

The American Ryder Cup star, who was penalised two strokes for appearing to deliberately improve his lie in a bunker at the Tiger Woods’ Hero World Challenge in December 2019, was awarded a free drop and saved par.

“The ball just disappeared. None of us saw it bounce,” Reed told The Golf Channel, adding that a nearby volunteer also said that it did not bounce.

“I looked at my group and said, ‘Guys, she didn’t see it bounce it, either, so I’m going to mark this ball and see if it’s embedded.’

“When I put my finger down there and felt like it has broken ground, the first thing you do is call the rules official. The rules official said, ‘Yes, there’s a lip here, it definitely broke the plane.’

“It’s an embedded ball, you get a club length and take a drop, and at that point we did exactly what we were supposed to do.”

Reed said he was later approached by the rules official after completing his two-under round of 70.

“He had his phone out and shows us the video,” Reed said. “He said ‘I just want to let you know what you’ve done here in the whole procedure was textbook, it was perfect.’

“It’s an unfortunate situation obviously… but when you’re told that you’ve done this perfectly, you did this the exact right way, the protocols you did were spot on, at that point, you know, I feel great about it.

“It happened the ball did bounce, but because no one in the whole group or the volunteer saw it bounce we were able to take relief.

“If someone had seen the video or saw the ball bounce obviously I wouldn’t have marked the ball or attempted to ask for embedded ball.”

PGA Tour rules official John Mutch said Reed acted within the rules after being told that his ball did not bounce.

Mutch said: “He did nothing wrong. He marked it, lifted it and called for a ruling.”

The incident at the 10th appeared to affect Reed as he made four bogeys on the back nine.

But a birdie on the 18th gave him a share of the lead with Mexican Carlos Ortiz, who carded a 66, heading into the final round on the Californian coast.

Jon Rahm and Adam Scott are in a group of five players two shots back, with Rory McIlroy a shot further back on seven under.