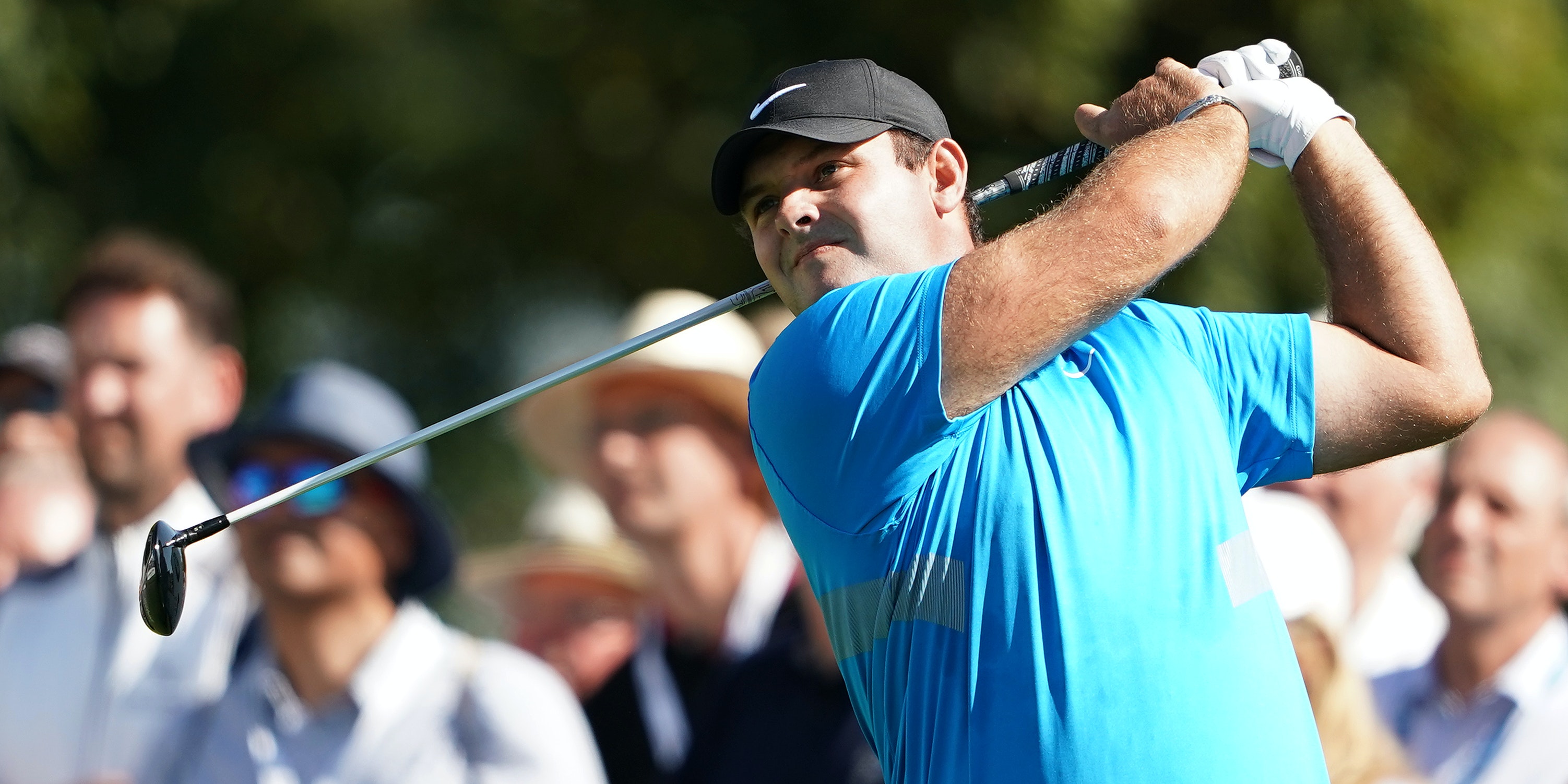 Patrick Reed will take a share of the lead in to the final day of the DP World Tour Championship but he faces a stiff British challenge as he looks to become the first American to win the Race to Dubai.

The 2018 Masters champion knows a victory this week will see him lift the Harry Vardon Trophy, but he did not have it all his own way on day three in the desert as he battled to a 71 to sit in a three-way tie at the top with English pair Matt Fitzpatrick and Laurie Canter.

Lee Westwood has already been crowned Europe’s number one twice and the Englishman will make it a hat-trick if he finishes top of the pile on Sunday.

The 47-year-old fired a third-round 68 to sit one shot off the lead alongside Scot Robert MacIntyre, Spaniard Adri Arnaus and Norwegian Viktor Hovland.

Reed began the week with a 460-point lead in the season-long standings, but with 2,000 points on offer to the winner it is mathematically possible for 61 of the 65-man field to finish top of the money list.

“I’m trying not to really think about that honestly,” said Reed. “If it happens, it would be unbelievable. It was always a goal of mine obviously to win golf tournaments but to win this one and also to win the Race to Dubai and be the first American would be amazing.

“We’ve got a long day ahead of us tomorrow. We still have a full 18 holes left and you can’t really sit back there and think as much about that as just stay in the present and try to play some good golf tomorrow.”

Reed had taken advantage of the par five seventh but dropped shots on the 12th and 14th before holing a bunker shot on the 15th and capitalising on the par five last after laying up.

Playing partner Fitzpatrick – the 2016 champion at this event – had the chance to jump into the lead on the 18th after finding the green in two but settled for a fourth birdie of the day to go with a single bogey in a 69.

“It was just a solid day,” he said. “Just limited the mistakes on the hole and didn’t necessarily give myself too many chances but the most important thing was I kept myself in touch with the guys at the top.”

Canter has two second placed finishes in his last six starts and was another man to birdie the last with a stunning approach as he carded a 68.

“I think the chance we had when we were locked down to reflect a bit on things I was going to do differently when I came back and I’ve done a few little things differently,” he said of his form. “But they would be so kind of inconsequential you wouldn’t necessarily notice, to be honest.

Westwood recovered from a double bogey on the fourth to card a 68 with the help of a hat-trick of gains from the 13th despite entering the week with a back injury.

“No complaints or excuses,” he said. “I’m swinging it as good as I’ve swung it all year and I’ve hit it further than I have all year. I just really played the same as I played the first couple of days, just solid stuff.”

MacIntyre fired a bogey-free round of 66 and could make history on Sunday as he looks to follow fellow Scots Bernard Gallacher and Sandy Lyle in becoming just the third player to be crowned Europe’s number one the season after being rookie of the year.

“It would mean everything,” he said. “Not just to me but my whole team, my family. But I’ve got a job to do. I can’t look too far ahead. If it’s good enough, it’s good enough. If not, well, then I’ve been beaten by a better man.”

Finn Sami Valimaki was at nine under, a shot clear of Danny Willett and two ahead of two more Englishmen in Tyrrell Hatton and Andy Sullivan.