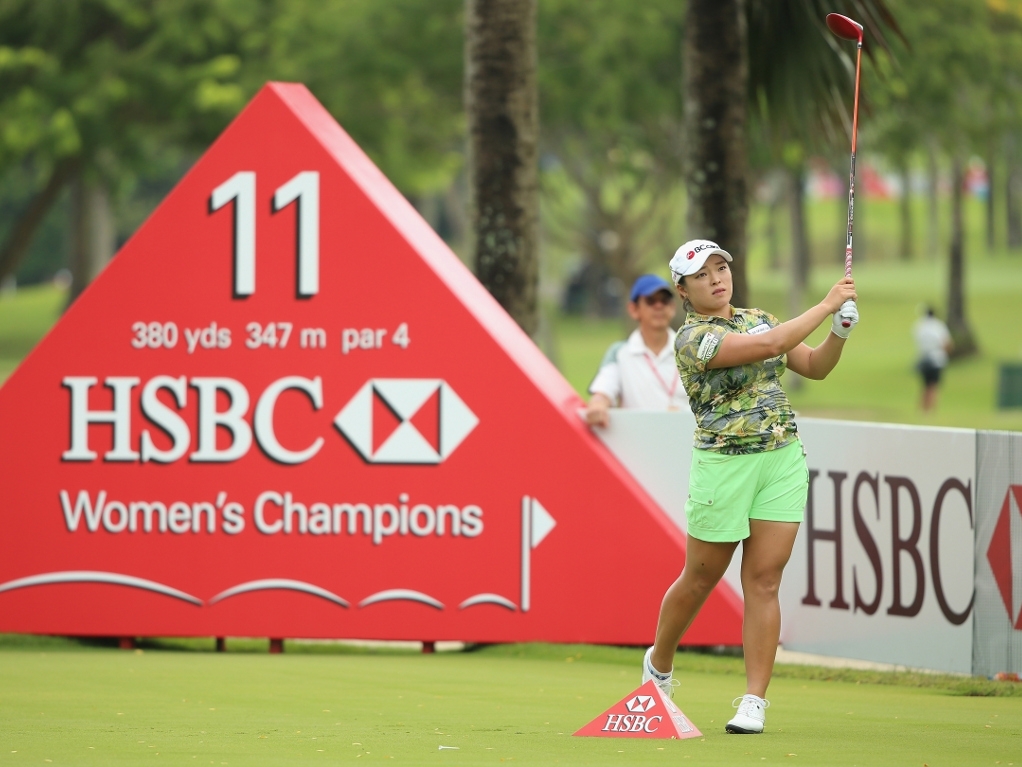 After her sizzling 66 saw her surge into a share of the lead at the Women's HSBC Champions Ha-Na Jang is remaining patient.

The South Korean was flawless at the Sentosa Country Club on a gusty Friday, rolling in four birdies and an eagle on her way to her six under round, which put her tied at the top with Mirim Lee on eight under overall.

Jang – fresh off her maiden LPGA Tour win at the Coates Golf Championship last month – revealed that if she remains patient, there will be plenty more opportunities on the Singapore course.

"Just be patient, a lot of birdies, two more days, so more concentration, you can do it," the 23-year-old told the LPGA website.

"Today I'm very comfortable on the front nine, and I'm talking to myself, don't do too much thinking."

Meanwhile, Suzann Pettersen of Norway is one stroke behind the leader after rounds of 68 and 69. The two-time major winner revealed the wind has made the course challenging.

"Yeah, it's been two great solid rounds for me," said the 34-year-old.

"Feel like I left a couple out there today, but I mean, it's not easy, starting the round with the wind gusting here and there but overall very happy."