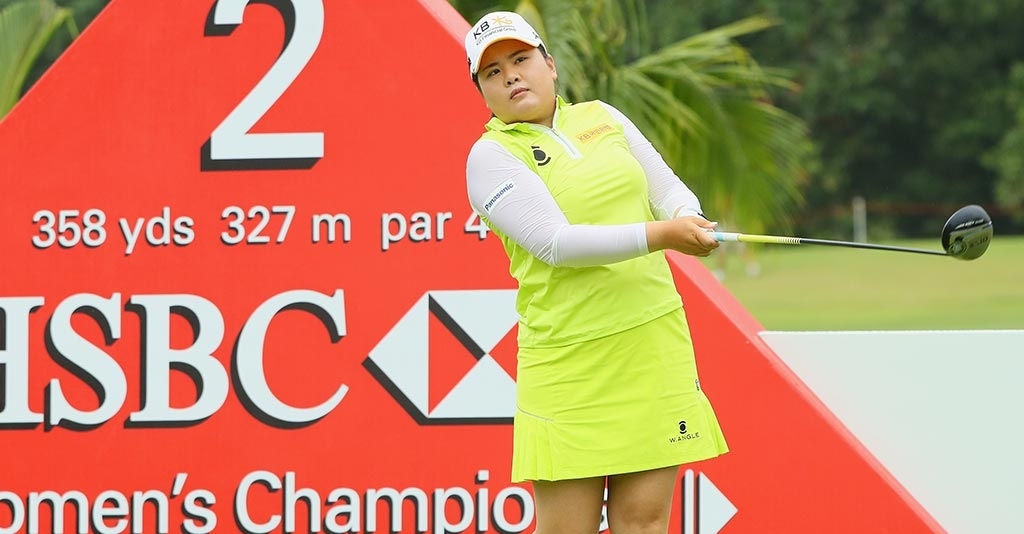 Korea Republic's Inbee Park put on a stunning putting display to win the HSBC Women's Champions title by one stroke over Thailand's Ariya Jutanugarn in Singapore on Sunday.

Inbee, who has not played in an LPGA Tour event since June, carded a course record final round 8-under-par 64 to finish with a 19 under total.

In an interview afterwards, the 28-year-old Inbee said she did felt very good on the Sentosa Golf Club, Tanjong Course and was very happy with her final round.

"I thought it might take maybe a couple months to get back out on the Tour and to get my rhythm back. I thought I was going to be just a little bit rusty. That's how I felt last week," said Inbee. "This week was totally different. Especially the final round was just what I wanted."

"My putting was amazing today, obviously," added Inbee, who made 27 putts in total for her four rounds. "Yesterday I was really disappointed with my putter. I couldn't make any putts yesterday and obviously, I made up for it today."

In Sunday's final round, Inbee started off slowly with pars on the first four holes and then nailed a total of nine birdies on the fifth, sixth, eighth and ninth and then on the back nine she birdied the 10th, 11th, 12th, 14th and 17th with her only bogey coming on the 18th in her round of 64.

The victory in Singapore was the 18th LPGA Tour win of Inbee's career. She has won seven LPGA major championships so far.

Second-placed Jutanugarn, who shot a final-round 66 to finish one shot behind, could not catch Inbee even though she stayed with her for most of Sunday but a bogey on the par 4 12th cost her despite picking up birdies on the 13th, 14th and 17th afterwards.

Alone in third was Korea Republic's Sung Hyun Park, who carded a final round 68, to finish at 16 under.

American Michelle Wie, who led by two shots going into Sunday's final round, can blame the par five fifth for her downfall when she four-putted from close ending up with a double-bogey seven to finish in fourth at 14 under along with Canada's Brooke Henderson and Korean Ha Na Jang.