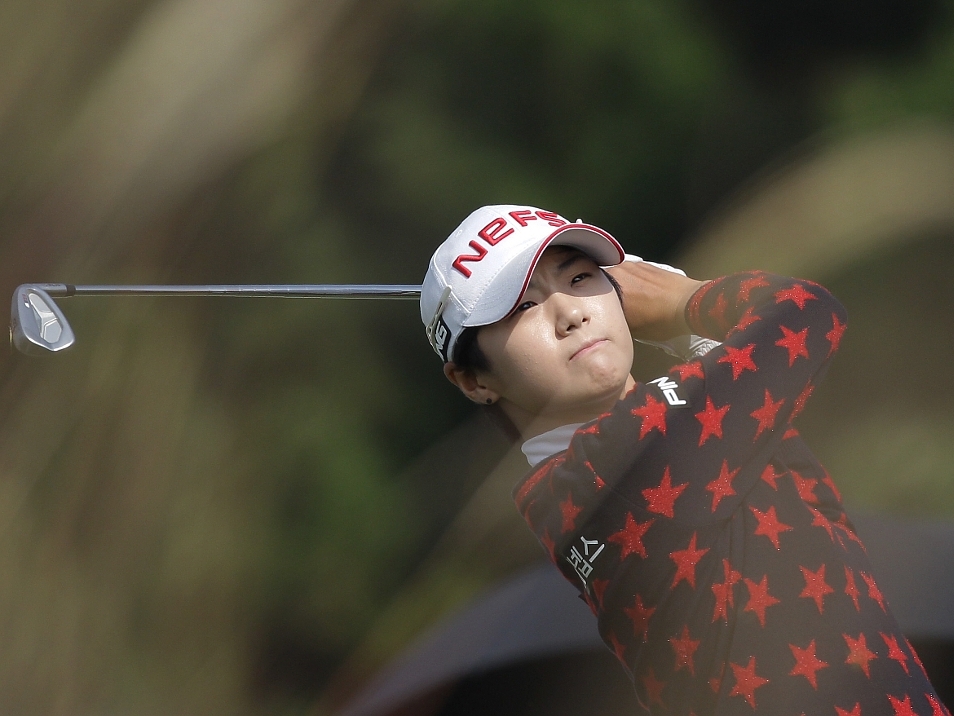 South Korea’s Park Sung Hyung has opened a four-shot lead at the summit of the LPGA KEB Hana Bank Championship after equaling the tournament record in Monday’s first round.

Park stayed bogey-free and fired ten birdies to card a 10-under 62 in Incheon, and equal the lowest round record set by Gloria Park in the 2003 event.

Trailing Park on six-under and tied for second-place are the USA’s Gerina Piller and England’s Charley Hull – both of whom also stayed bogey-free and shot six birdies.

Piller said the good conditions on Thursday had helped all in attendance to keep their scores low.

“This course, the rough has always been tough and firm greens, firm and fast; I think the weather had a lot to do with it. I think years in the past, it's been a little chilly and that makes the ball obviously go nowhere at all,” said Piller.

“So to get a little warmth and get the ball a little higher, a little more spin, and so I think that's a huge part of it.”

Hull’s score matched her lowest round of the season, which she recorded at last week’s Sime Darby LPGA Malaysia to finish tied for 25th.

She said she was happy with her five birdies on the front nine, but felt she could have performed better after the turn.

“I've just been hitting it really well, touch wood, and putting good and hitting it close. I just felt like I was pretty solid out there,” Hull said.

“On the back nine, I gave myself nearly a birdie chance on every hole, and I just didn't kind of make them. But I felt like it was a good score out there today.”

Inbee Park and Lydia Ko, the respective world number one and two, are one of several players tied for 16th after carding scores of 69.

Meanwhile, defending champion Q Baek is tied for 58th after she shot a 2-over par 74.