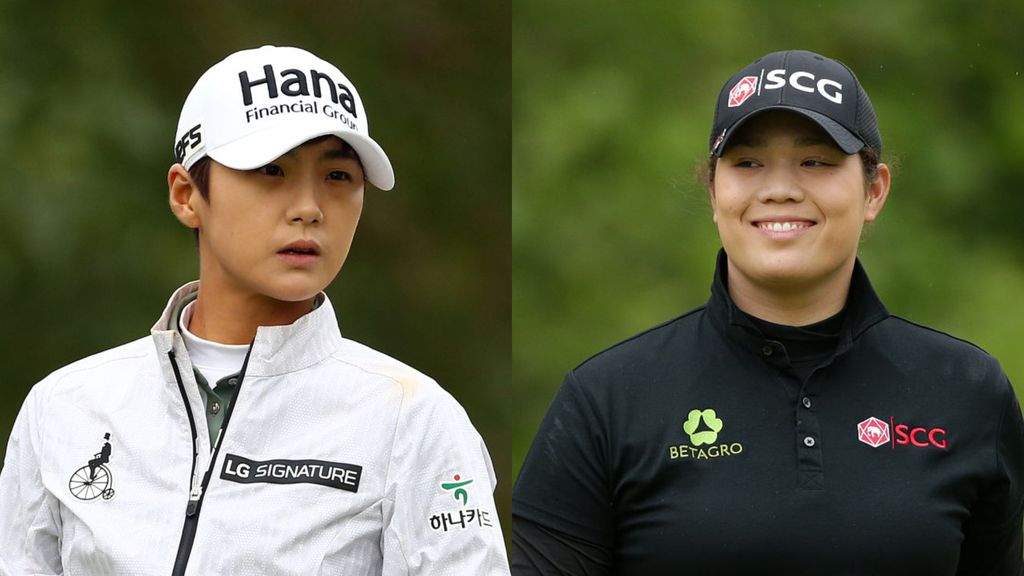 World No. 1 Park Sung Hyun and player of the year race leader Ariya Jutanugarn will go head-to-head at the Evian Championship starting on Thursday, the last of the five majors on the LPGA this season.

With just seven events left on tour after this weekend in France, the event may go a long way to deciding who will win the battle for supremacy at the top of women’s golf.

Both players have won three titles each so far this season, including one major – Park winning the Women’s PGA Championship while Jutanugarn triumphed in the US Women’s Open.

Park and Jutanugarn have been grouped with British Open winner Georgia Hall for the first two-rounds in Evian, so each will be perfectly placed to keep track of the other.

One more swing before Round 1 of #EvianChamp 🏌️‍♀️
Tee times begin at 7:30 am tomorrow. pic.twitter.com/OsEyBCMTn5

Although there is added pressure, the Korean said she is loving life at the top of the tree.

“Whenever I see my caddie he’s been wearing that Rolex caddie bib,” Park said. “It makes me more confident.”

She added that she aims to use that confidence as she aims for win number four, one more than she managed last year.

“My first goal would be to do my best at the last major, Evian Championship,” Park said. “If I don’t win this one, then I think I want to win one of the tournaments the rest of the year.”

Another win for Park would also see her jump up the money list, while increasing her chances of winning the player of the year, raising the possibility of successive wins for the 24-year old.

Jutanugarn, meanwhile, can snatch back the top spot if she manages a win at Evian-Les-Bains.

The Thai star will also get back the number one ranking if she finishes second, providing Park finishes fourth or worse and both So Yeon Ryu and Inbee Park fail to win.

With so much at stake and so many permutations, it promises to be exciting few days on the shores of Lake Geneva.