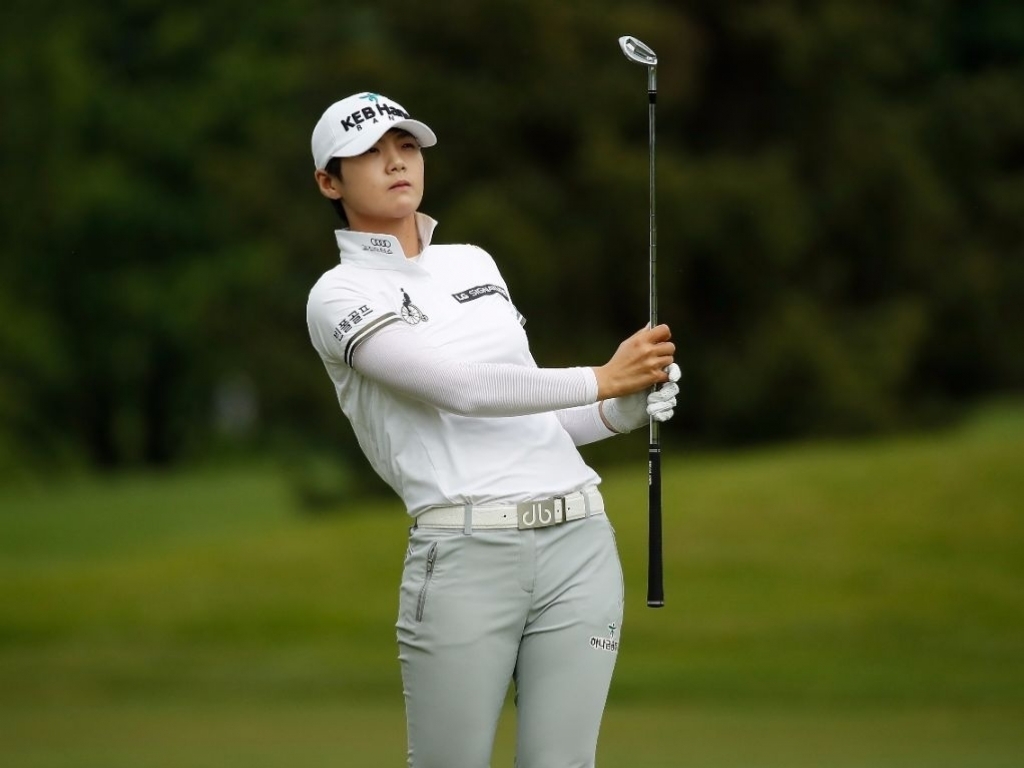 Sung Hyun Park fired a seven under par round of 65 to take a two-shot lead at the halfway point of the LPGA Volvik Championship.

South Korea’s Park sits at 12 under par overall at the Travis Pointe Country Club, in Michigan, as she looks to build on three top four finishes from earlier this season.

As the front-runner, the tour rookie believes she will be able to handle the pressure from a chasing pack which features Suzann Pettersen and Minjee Lee at 10 under par.

The quintet of Lizette Salas, Cydney Clanton, Shanshan Feng, Sarah Jane Smith and Jennifer Song are a shot further back at nine under.

Park said: “I started birdie-birdie on the first two holes and after that I kind of lost it a little bit.

“But going into the back nine, the first hole, on 10 I made a birdie, and from that point on I think my putting kind of came back alive.

“I have a huge expectation being in the final group, being that much closer to winning.

“But I have a lot of experience playing in the championship groups and I’ll stick with my plan and play my game for the rest of the week.”.