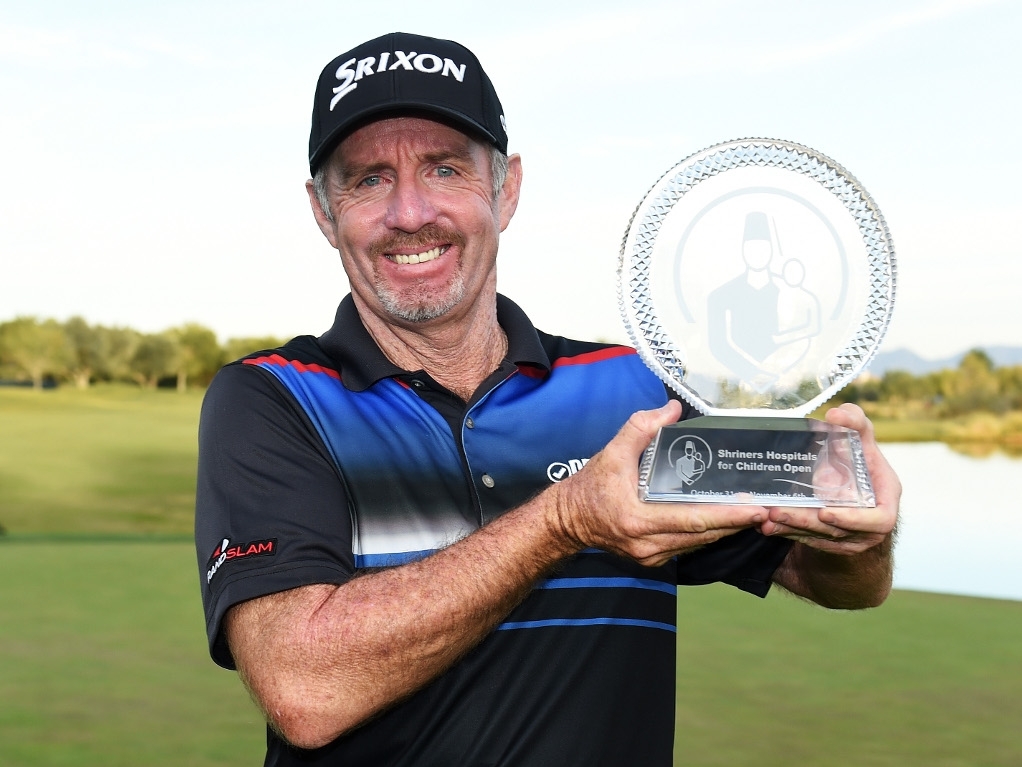 Rod Pampling last won a PGA Tour title back in March 2006, but he ended a drought that lasted more than a decade after claiming a two-shot win at the Shriners Hospitals for Children Open.

Pampling, who carded a six-under-par 65 in the final round to finish on 20-under, led by a single stroke heading to the 18th hole, but he kept his cool to sink a 32-foot birdie putt to see off competition from Brooks Koepka and Lucas Glover.

Koepka came in second on 18-under as he managed to par the final hole, while Glover was third on 17-under after registering a bogey at the 18th.

Pampling had begun the tournament with a sensational 12-under-par 60, but failed to capitalise on that performance as he went on to fire a 68 and 71 in the next two rounds to fall two strokes behind Glover.

The Australian, though, found himself in a share of the lead after making four birdies on the front nine. He dropped two strokes with bogeys at the 10th and 12th, but made up for it with a hat-trick of birdies from the 13th to 15th. With Koepka and Glover breathing down his neck, Pampling drained a long 32-foot birdie putt to taste victory.

Koepka began his round of 67 with a two birdies and a bogey on the front nine before proceeding to make three birdies on the back nine, which pulled him within one stroke of Pampling. Koepka was unable to convert his 19-foot birdie putt and had to settle for second place.

As for Glover, he started his round of 69 with a trio of birdies and a bogey. Heading into the back nine, the 2009 U.S. Open champion began to falter as he made three birdies and two bogeys on his first eight holes, leaving him needing a birdie to catch up with Pampling. However, everything went wrong for Glover as he missed a 25-foot birdie putt and a five-foot par putt to finish in third place.

Geoff Ogilvy, Harris English and Francesco Molinari finished the tournament in a tie for fourth on 16-under.