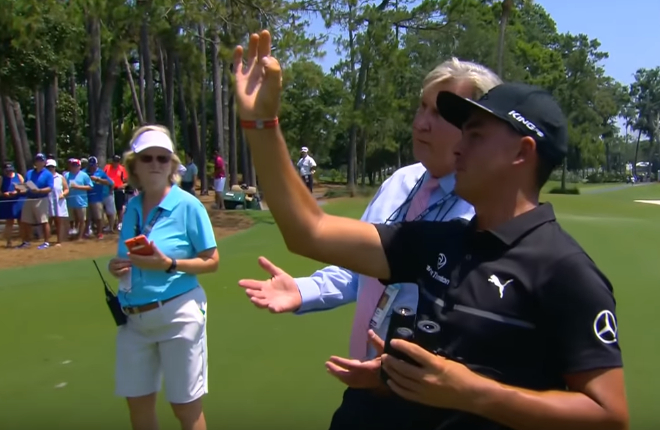 Rickie Fowler’s Players Championship came to an end on Friday after he found a palm tree off the tee.

The American was fighting back from an opening round 74 and was five under for his second round when he arrived on the sixth tee. An errant drive saw his ball lodge at the top of a palm tree.

While the just visible ball in the tree was very likely Fowler’s, he had to positively identify it in order to declare it unplayable and avoid going back to the tee an incurring a one-stroke penalty.

But even with the binoculars and a very helpful official, Fowler could not identify his ball and was forced to go back to the tee. Watch the incredible scene right here…

Unfortunately, the world number six would go on to double bogey the hole and drop another two shots on the seventh, slipping above the cut line, giving him the weekend off at TPC Sawgrass.