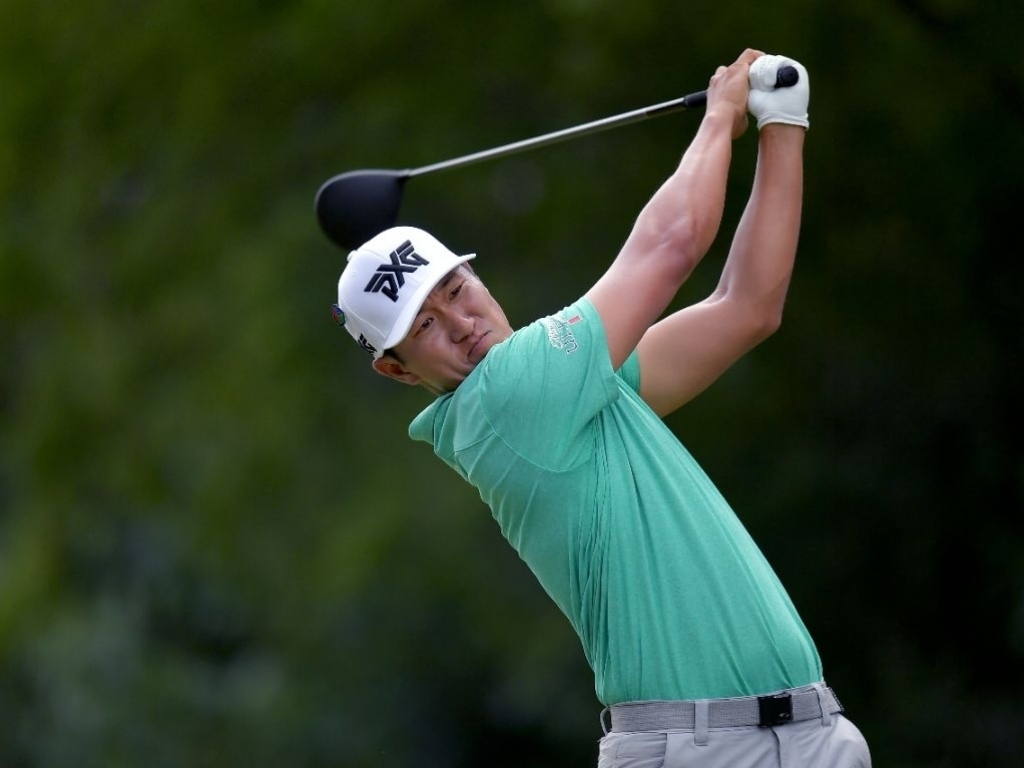 Outsiders James Hahn and Ricky Barnes were the surprise first round leaders at the AT&T Byron Nelson, in Texas.

World number 83 Hahn and number 311 Barnes both shot a six under par round of 64 at the Las Colinas club to take a two shot lead into the second day.

Hahn, 35, shot a bogey-free round with three birdies on each nine, while Barnes put himself on course for a first PGA Tour win of his career.

A quartet are hot on the heels of Hahn and Barnes at four under par – the American trio of Matt Kuchar, Jason Kokrak and Cameron Triangle, along with Venezuela’s Jhonattan Vegas.

The other big story of the day was Jordan Spieth revealing that he has changed his putter for only the third time since turning professional after missing the cut at last weekend’s Players Championship.

It seemed to work for Spieth, who shot a two-under 68 to leave him four shots behind Hahn and Barnes.

“Obviously I’ve got a putter I’ve worn out for a number of years. It helps me line up a bit better, this one right now,” said Spieth.

“That’s kinda been my struggle is lining the putter up where I want to. So I’m falling into a nice line and a nice setup, which has left me more comfortable.”