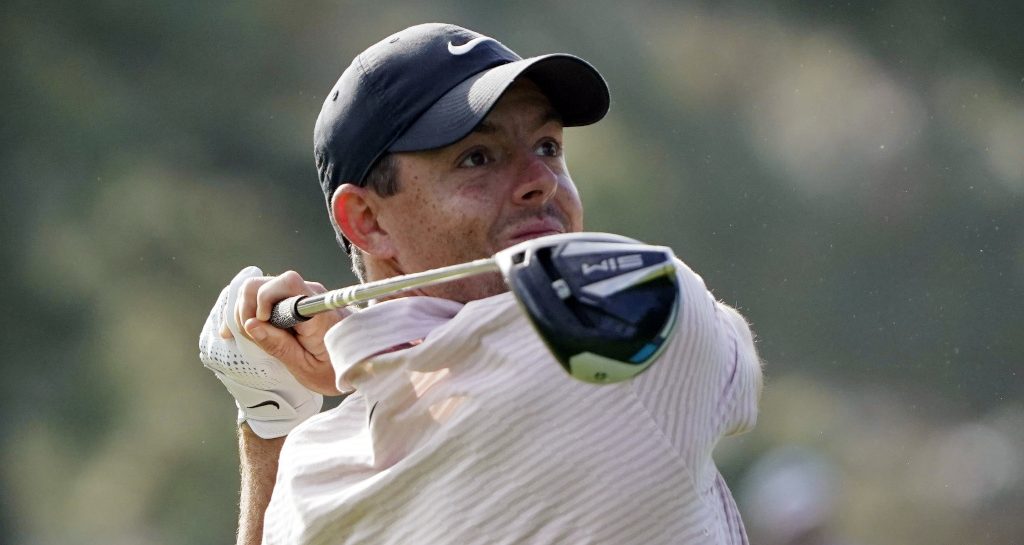 Rory McIlroy was firmly on course to lift the Claret Jug for the second time as the 150th Open Championship headed for a tense climax.

A front nine of 35 was enough for McIlroy to open up a two-shot lead in his bid to end an eight-year major drought and become the first European winner at St Andrews since Nick Faldo in 1990.

“He’s obviously carrying a lot of scar tissue but it’s such a special Open and he has come here on a mission,” Faldo said while commentating for Sky Sports.

McIlroy and Ryder Cup team-mate Viktor Hovland began the day four shots clear of the chasing pack after matching third rounds of 66, with Hovland the first to stumble as he three-putted the fourth from long range.

An errant drive then meant Hovland was unable to reach the par-five fifth in two, but McIlroy easily found the putting surface with a towering iron shot and two-putted for his first birdie of the day to move two ahead, with halfway leader Cameron Smith and Cameron Young another stroke back.

McIlroy won the Open at Royal Liverpool in 2014, but an ankle injury suffered playing football meant he was unable to try to retain the Claret Jug at St Andrews the following year.

The 33-year-old admitted this week therefore felt like the title defence he never had and enjoyed an ideal start with an opening 66, the same score he shot to begin his wire-to-wire victory at Hoylake.

It continued a welcome trend of good starts for the Northern Irishman, whose opening 73 in April’s Masters meant he had been a combined 35 over par in the first round of majors since his last victory in the 2014 US PGA.

Since then he started with a 65 in the US PGA and a 67 in the US Open, but was all too aware of failing to turn those into overdue wins, a third round of 74 doing the damage at Southern Hills and a 73 at the same stage at Brookline proving equally costly.