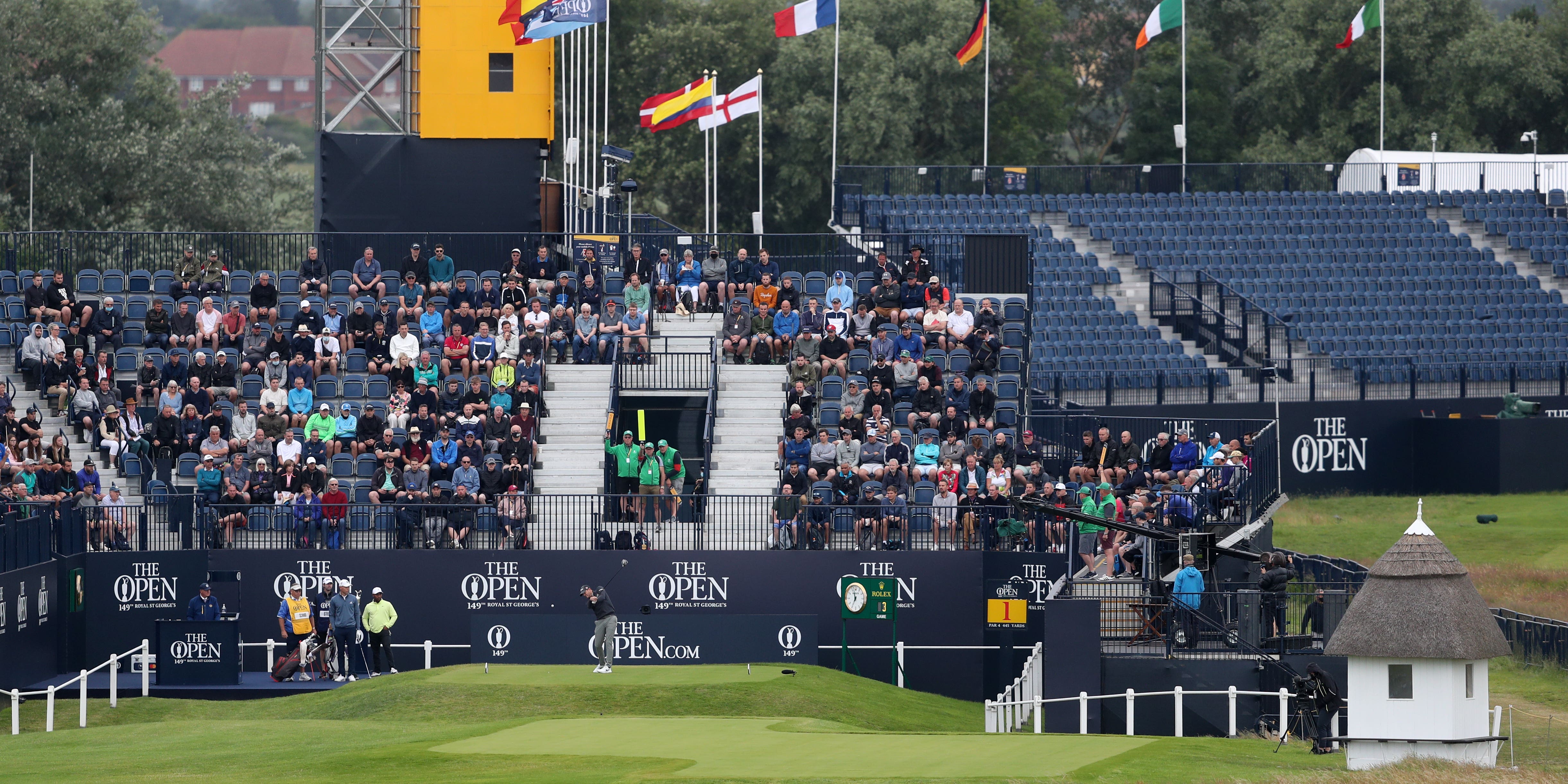 Overcast and breezy conditions greeted the early starters on day two of the 149th Open Championship at Royal St George’s.

Overnight leader Louis Oosthuizen, on six under, was not due out until 2.59pm and with second-placed Jordan Spieth, another former champion, and fellow American Brian Harman also afternoon starters it offered others the opportunity to make an impact.

Rory McIlroy, on level par, was one of those hoping to make significant inroads into Oostuizen’s lead when he teed off at 10.20am.

The same was applicable to Bryson DeChambeau, out in the afternoon with the intention of making his golf the talking point after becoming embroiled in a row with his club manufacturers on day one.

After posting a one-over 71, in which he hit just four of 14 fairways, the big-hitting 2020 US Open champion initially blamed his equipment saying “the driver sucks”.

Club manufacturers Cobra – who have designed the driver with a 46-inch shaft and only five degrees of loft specifically for the American with a scientific approach to the sport – did not take kindly to the comments.

Tour operations manager Ben Schomin called them “stupid” and said DeChambeau was “like an eight-year-old that gets mad at you”.

The world number number six subsequently apologised for speaking out of turn.

“The comment I made in my post round interview was very unprofessional. My frustration and emotions over the way I drove the ball boiled over,” DeChambeau wrote on Instagram.

“I sucked today, not my equipment. Cobra and I have worked together for over five years and they are some of the hardest working people in golf industry and make an incredible product.

“Their team is like family to me, especially Ben Schomin who has been there for me every step of the way since I started my career.

“I deeply regret the words I used earlier. I am relentless in pursuit of improvement and perfection. Part of that causes me to become outwardly frustrated at times.

“With the new speeds I am obtaining, my game is a constant work in progress and so is controlling my emotions.”