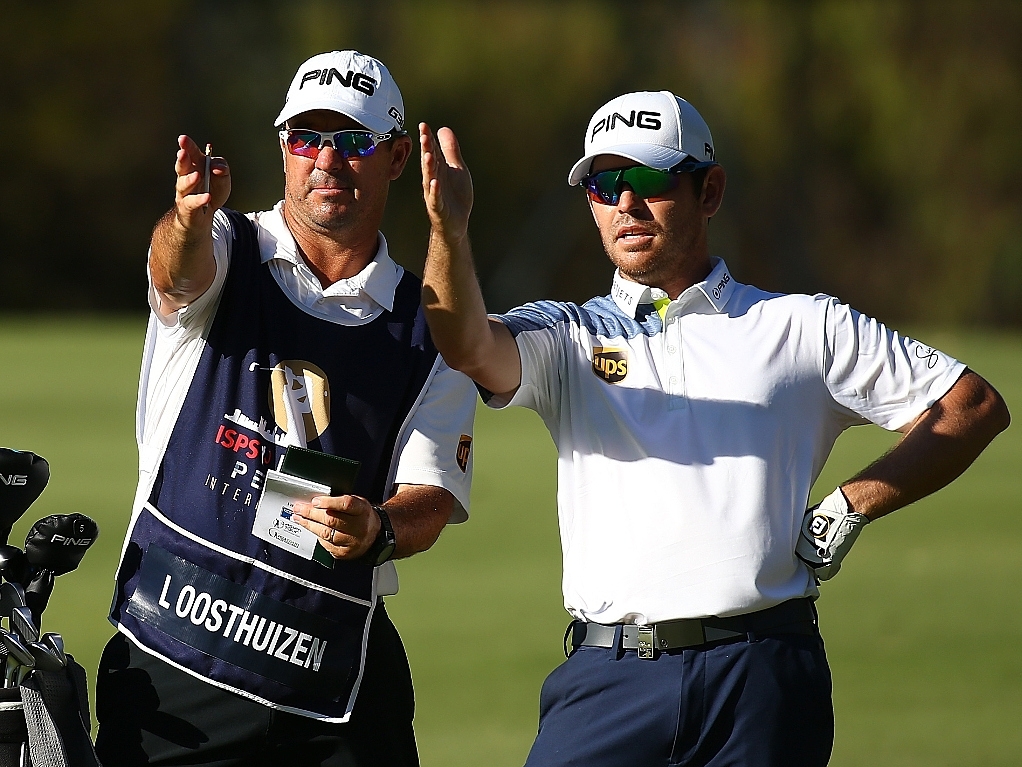 Louis Oosthuizen made his move with a third round five-under-par 67 to take the outright lead at the ISPS Handa Perth International on Saturday.

Oosthuizen's three-day total of 15-under-par 201 meant he will take a three-shot advantage into the final round of the A$1.75 million event which is seeing the return of the Asian Tour to Australia after seven years.

Overnight leader Peter Uihlein of the United States slipped one spot down to second place with France's Romain Wattel after he signed for a 71 while local hopefuls Jason Scrivener (205) and Brett Rumford (206) are in fourth and fifth place respectively.

Oosthuizen started the day one shot back of the Uihlein and Rumford in third place but surged quickly ahead with a sparking outward 31 at the Lake Karrinyup Country Club.

He pulled further ahead with birdies on 14 and 15 but dropped two shots in his closing three holes to give his closest rivals a glimmer of hope.

"I lost a bit of concentration on 16 as I was worrying too much about where the pin position was.  Then on 17, I miscued my tee shot and left myself with an awkward little pitch shot.

"These things happen in golf.  As long as it's not happening when you're tied with the lead three holes to go, but luckily there's still a lot of holes left," said the 2010 Open Championship winner.

Uihlein remained optimistic of his chances despite seeing his lead slip away after marking his card with six birdies, two bogeys and a double-bogey.

"I was hoping to get one birdie either on 16 and 17 to close the gap.  It was unfortunate with that bogey on 18, but three back, anything could happen really.  I'm still in a good position for tomorrow and it's alright," said the American.

Wattel meanwhile recorded the day's lowest score of 65 with the help of a run of four birdies from the second.

His flawless run continued with further gains on holes nine, 13 and 14.

"This course suits my eyes because we have this kind of courses in France. I really like this kind of greens with lots of slope and trees.  It's nice that I'm also playing well here," said Wattel.