On this day: Tiger Woods wins the Masters – and changes golf forever 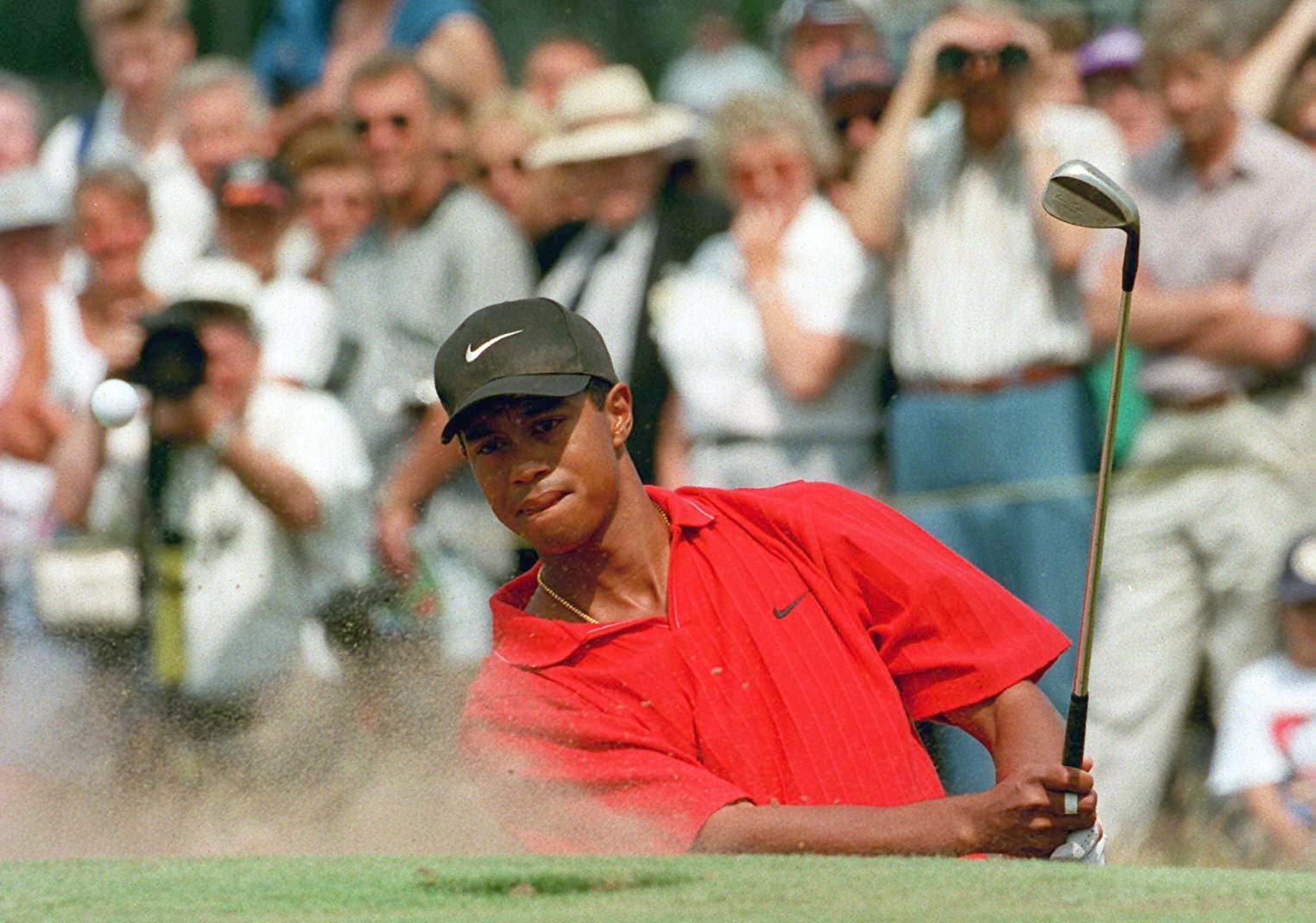 There is announcing yourself on the world stage and then there is turning the final round of arguably golf’s most famous event into a lap of honour.

At the 1997 Masters Championship, Tiger Woods achieved the latter as he shattered a host of records.

Woods was playing his first major championship as a professional, having previously finished as low amateur at the 1995 Masters and 1996 Open Championship.

The 21-year-old became the youngest person to sport the famous green jacket, his 12-shot winning margin remains a Masters record and has only been bettered in majors by Woods himself – the American finishing 15 shots clear at the 2000 US Open.

Remarkably Woods had reached the turn in 40 on Thursday but recovered on the back nine and an opening 70 had left him three shots off the lead.

A brilliant 66 on Friday left him three clear of Colin Montgomerie at the halfway stage.

A third-round 65 increased Woods lead to nine shots but there were still questions to be answered during the final round. Surely nerves and the weight of the occasion would bring the chasing pack into play at some stage?

As the world was introduced to Woods’ now customary final-round red attire, five birdies and only two bogeys extended the gap to eventual runner-up Tom Kite and assured superstar status for the champion.

As Kite said after his third runner-up finish at Augusta: “This one, I never had a chance to win the golf tournament.”

It was not just on the course that records tumbled – a record TV audience of 44million tuned in for the final round and the now 15-time major winner has undoubtedly changed the sport forever.

Not only has prize money escalated but courses around the world have been ‘Tiger proofed’ to make them more challenging.

“Let’s face it,” said Jack Nicklaus in the aftermath of Woods’ performance, “it’s his time now”.