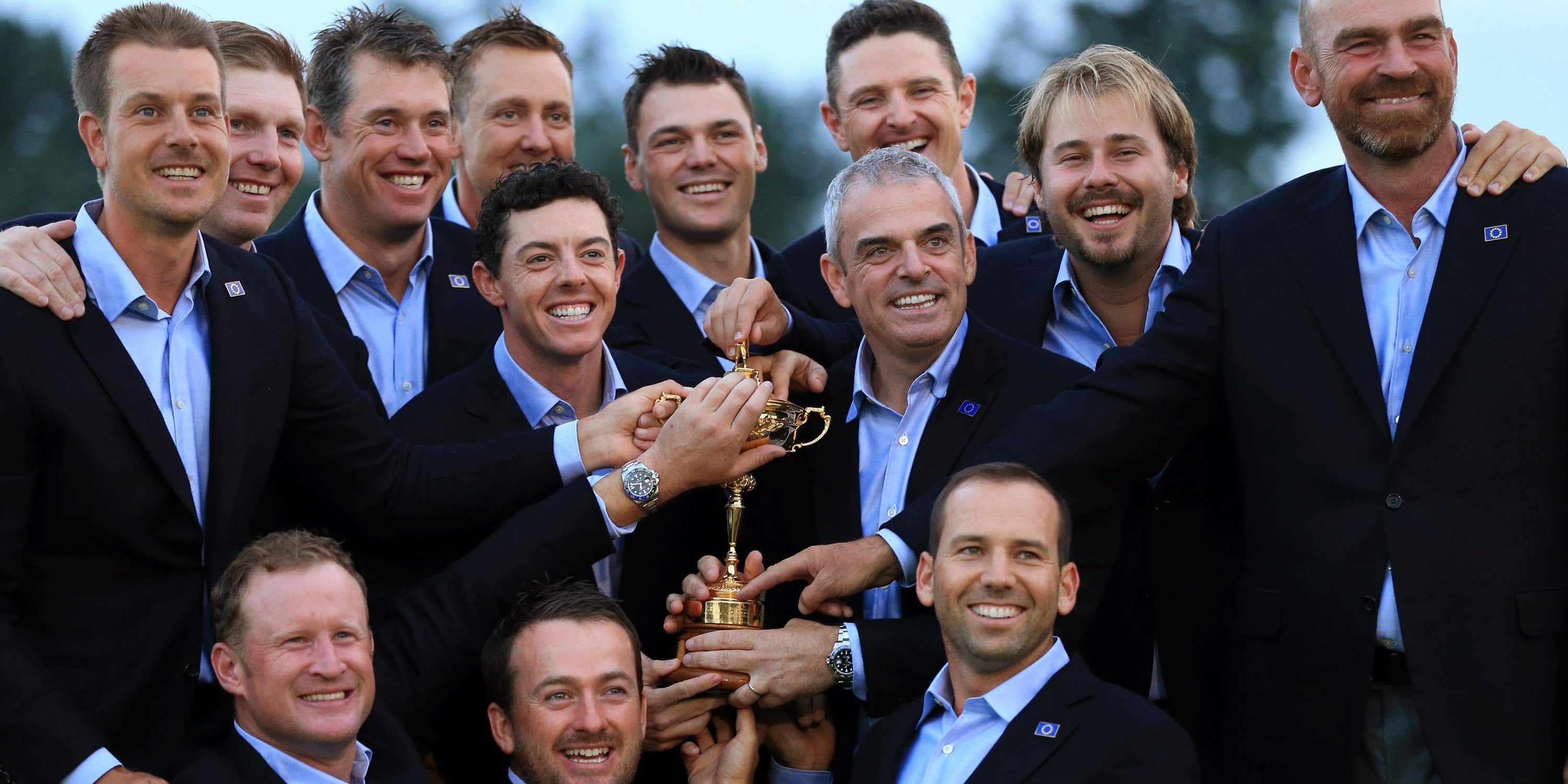 Europe outplayed the United States to retain the Ryder Cup at Gleneagles on this day in 2014.

Captain Paul McGinley’s side led 10-6 going into the final day and eventually ran out 16.5-11.5 winners on the Perthshire course.

The 38-year-old Welshman, playing in the 10th match, sealed the win following a stunning approach to the 15th green and sparked scenes of euphoria among home fans.

McGinley said: “I’m very proud of every one of these players. I couldn’t have asked for an ounce more from them.

“I’ve been involved in so many Ryder Cups and seen mistakes we’ve made.

“I’ve changed things a bit, bringing in the fifth vice-captain has been a factor in helping to prepare the guys, especially in the afternoon sessions, but we have had 12 players who have been awesome.”

The blue of Europe appeared early on the scoreboard as Rory McIlroy dominated his match with Rickie Fowler, eventually running out a clear 5&4 winner.

McIlroy’s fellow Northern Irishman Graeme McDowell came back from three down to beat Jordan Spieth 2&1, and Martin Kaymer chipped in on 16 to defeat Bubba Watson 4&2.

Justin Rose then fought back from four down against Hunter Mahan to grab a half on the last and take Europe to the brink of victory.

But Donaldson was always in control of his match and kept his nerve to see Europe home.

It was the Americans’ eighth defeat in 10 matches and the fall-out was dominated by Mickelson’s withering assessment of the 65-year-old Tom Watson’s captaincy.

Watson said of the heavy defeat: “They have a wonderful team, but we came in here thinking we could beat them. Turns out we couldn’t.”