On This Day in 2011: Darren Clarke becomes the oldest Open champion since 1967 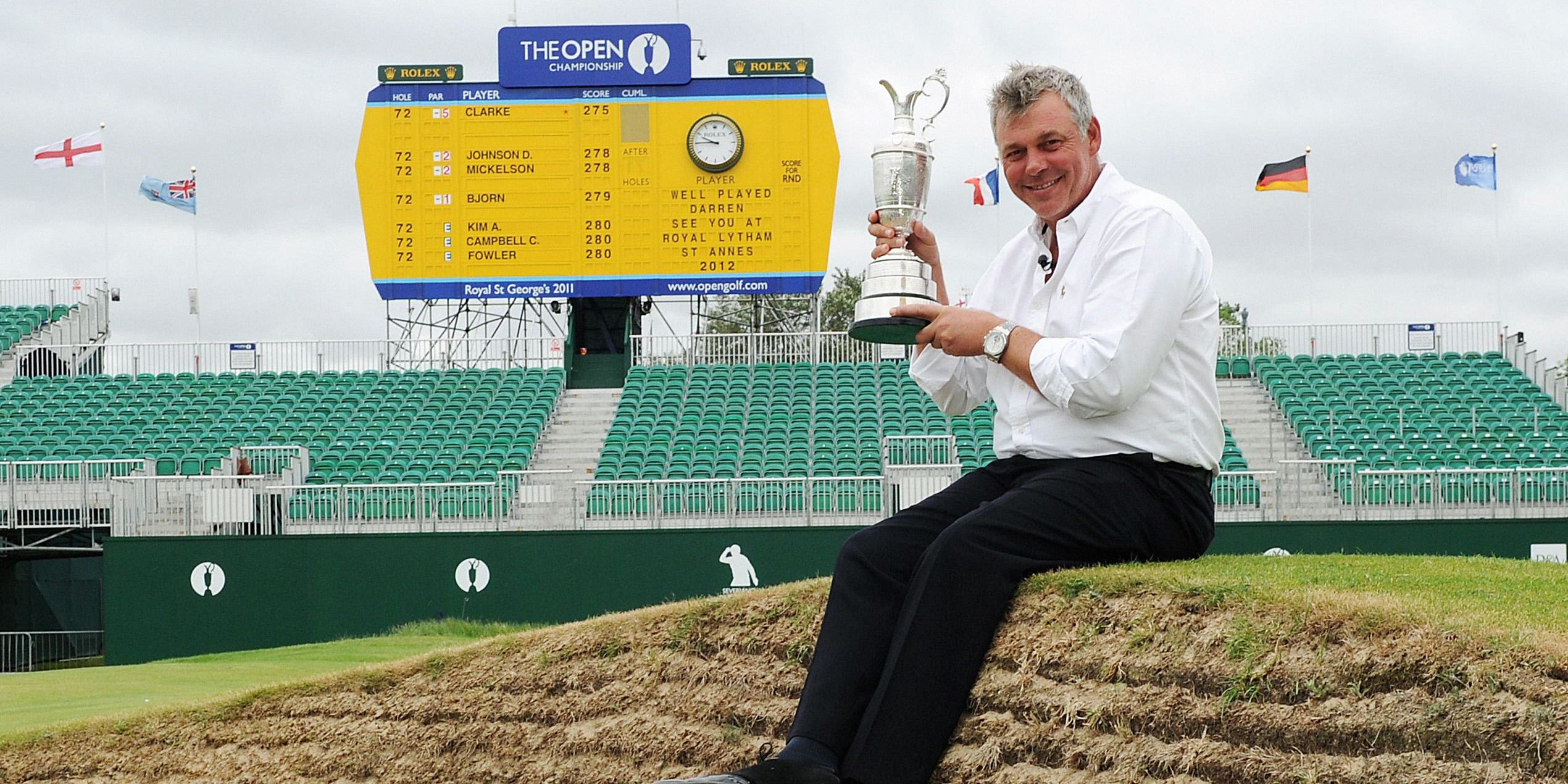 Darren Clarke became the oldest Open champion since 1967 on this day in 2011 when he won by three shots at Royal St George’s, Sandwich at the age of 42.

The Northern Irishman shot an even-par 70 on the final day to hold off the challenge of American duo Phil Mickelson and Dustin Johnson, who had both threatened to take the Claret Jug after strong showings on their front nine.

Clarke kept his cool to finish on five-under-par at the Kent course and clinch a first-ever major victory having held the lead since the second day.

Success at the Iberdrola Open two months earlier, his first European Tour win in three years, had raised hopes of a good showing from the Portrush resident.

A solid opening-round 68 saw Clarke well placed in a tie of sixth before another two-under score saw him earn a share of the lead at the end of day two.

With England’s Luke Donald and Lee Westwood, the world number one and two at the time, missing the cut along with countryman Graeme McDowell, the veteran was able to move to the top of the leaderboard with a score of 69 by the close of the third day.

And an even-par 70 was enough to earn Clarke a maiden major win with rivals Mickelson and Johnson unable to keep up their fast starts on the back nine.

It was an emotional victory and occurred five years after the loss of his wife Heather to breast cancer, with their two sons watching on at home across the Irish sea.

Clarke said: “I’ve been writing this speech for 20 years now and it’s been a long bumpy road.

“This means a lot to me and my family and as you may know there is someone up there looking down on me as well.”

It was the third win for a North Irishman at a major in the space of 13 months after McDowell’s 2010 US Open success and Rory McIlroy’s victory at the 2011 edition at Congression Country Club, Maryland a month earlier.

Clarke’s celebrations went long into the night with plenty of the “black stuff” enjoyed by the Ulsterman who was the oldest Open champion since Roberto De Vicenzo’s triumph in 1967 at the age of 44.