On this day in 2008: Ryder Cup misery in Louisville for Nick Faldo’s Europe team 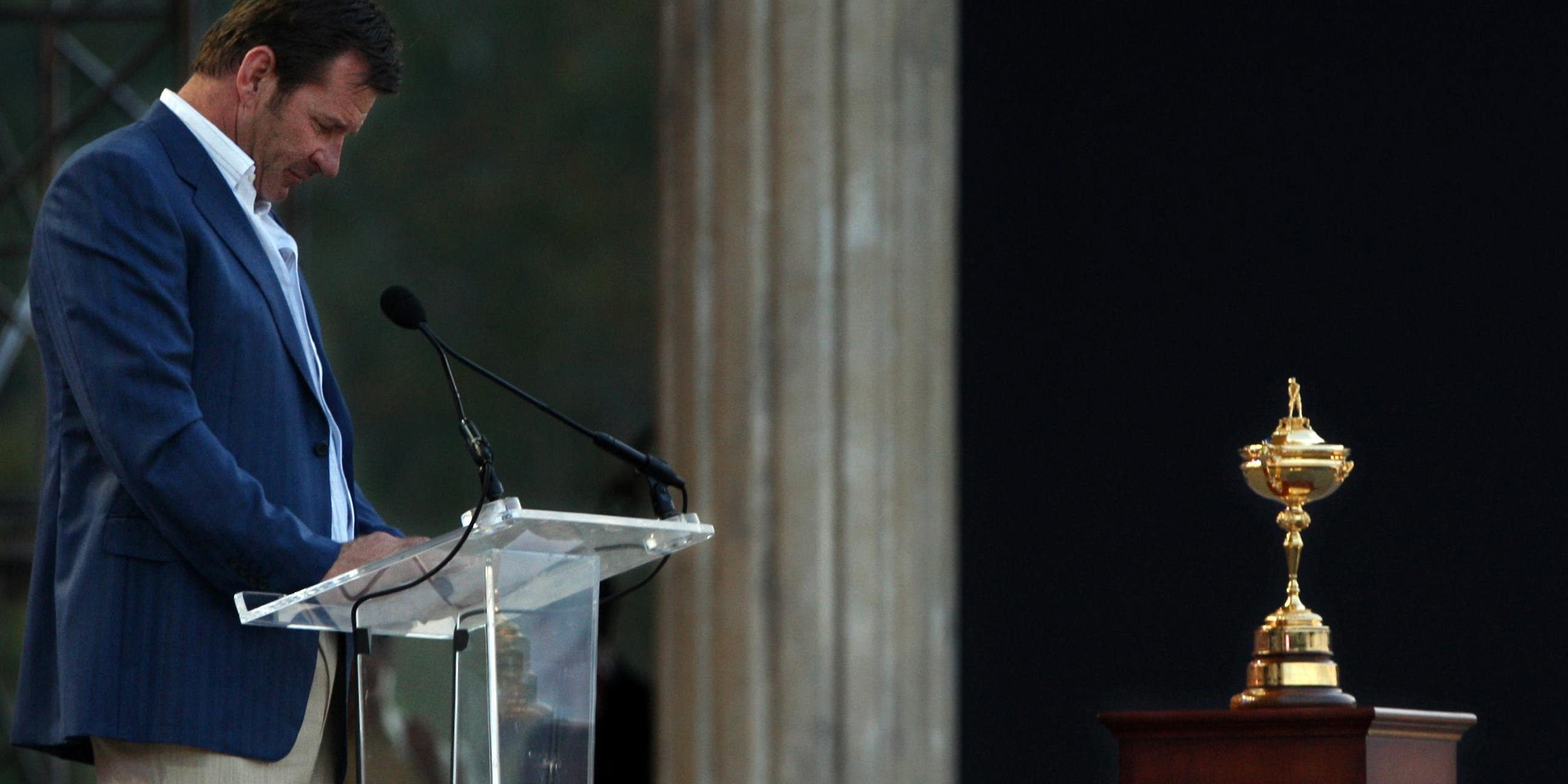 The Ryder Cup returned to American hands in Muhammad Ali’s home town of Louisville as Europe captain Nick Faldo’s plan to “float like a butterfly and sting like a bee” went up in smoke.

Trailing by two points entering the 12 closing singles at Valhalla, Faldo went with sting in his tail, putting Padraig Harrington out last despite the danger of the Open and PGA champion’s clash with Chad Campbell becoming irrelevant.

Paul Azinger’s side, ending a run of three successive defeats, clinched victory with four games – those involving not just Harrington, but also star-of-the-week Ian Poulter, Lee Westwood and Graeme McDowell – still out on the course.

With the wind taken out of their sails, Poulter managed to make it four wins out of five to be the week’s top scorer and debutant McDowell won as well, but Westwood and Harrington lost and so ended the event without a victory between them.

For Harrington, a mere half-point to his name was the same story as at The K Club two years earlier. His two major wins made it a fantastic 2008, of course, but as far as the Ryder Cup was concerned he had peaked too soon.

As for Westwood, he finished with an attack on the Kentucky crowds.

“Some of the stuff that has been said to me has been shameful,” Westwood said. “I have been abused from start to finish, and I don’t think that’s golf.”

Faldo said his singles order was a team decision, but it was only six years earlier that Curtis Strange sent Tiger Woods out 12th at The Belfry and that did not matter either.

Azinger said: “We just had a plan and stuck to it. We created a 13th man with the crowd, and they were beautifully behaved.

“The guys had an ‘everything to gain’ attitude, and they came together as a group. In the end it comes down to putting and heart, and our guys had a lot of heart.”