On This Day in 2004: US power couple Phil and Tiger tamed by Europe at Ryder Cup 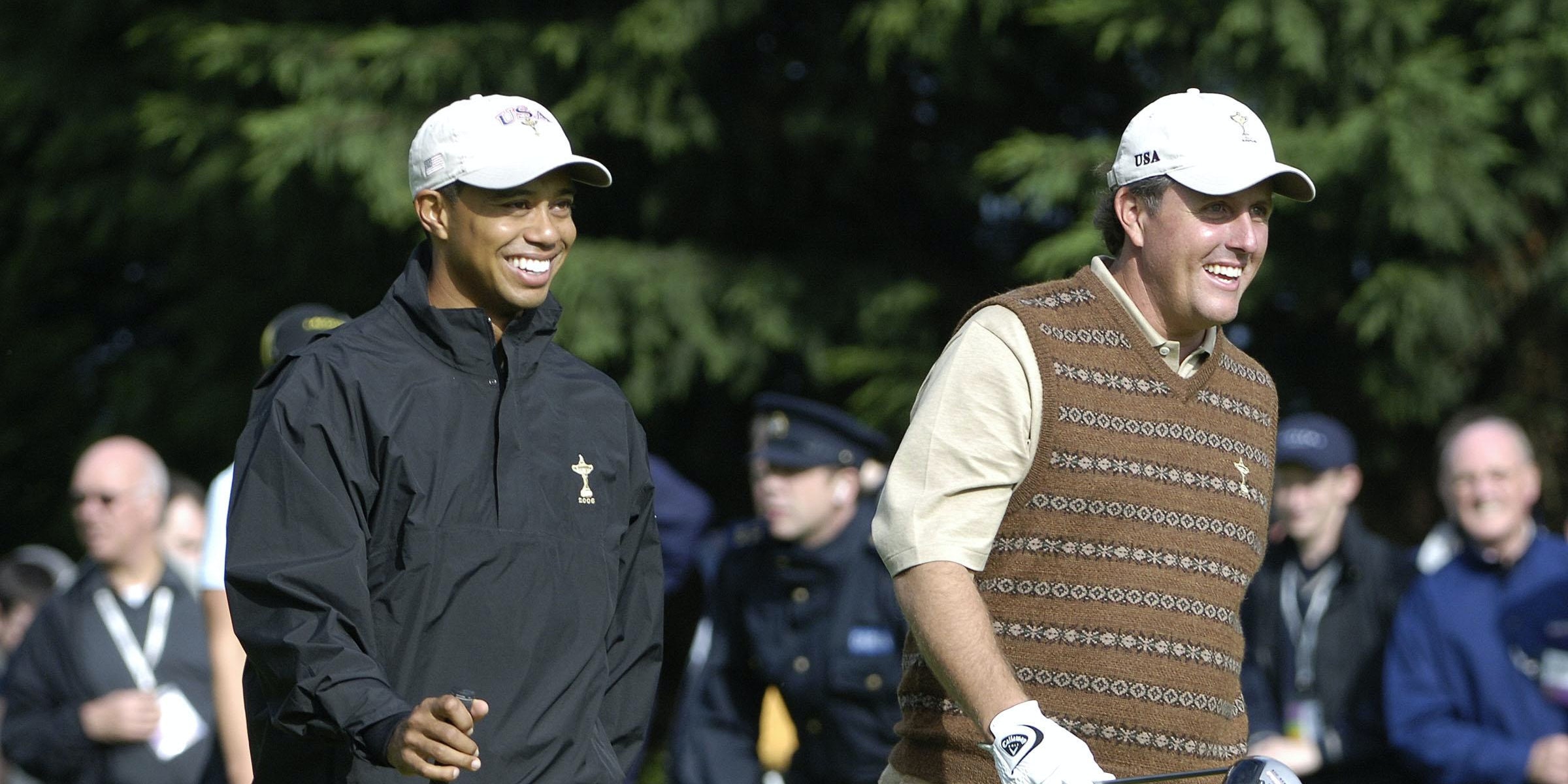 The pair then lost 2&1 to Colin Montgomerie and Padraig Harrington and arguably set the tone for the competition as Europe won 18-and-a-half to nine-and-a-half at Oakland Hills in Michigan.

The fourball got off to a poor start as all four players missed the first fairway, before Montgomerie and Harrington managed to secure a birdie. They then matched their first-hole performance on the next three to take a 2-0 lead.

On the 14th hole, Harrington all but secured the match for the Europeans with a well-hit approach shot, setting up a birdie which gave Europe a lead of three with four holes remaining.

Mickelson and Woods won two holes each in the match, as did Montgomerie, but Harrington won four to give the European team the edge.

Before the tournament, Woods was ranked second and Mickelson fourth in the world golf rankings.