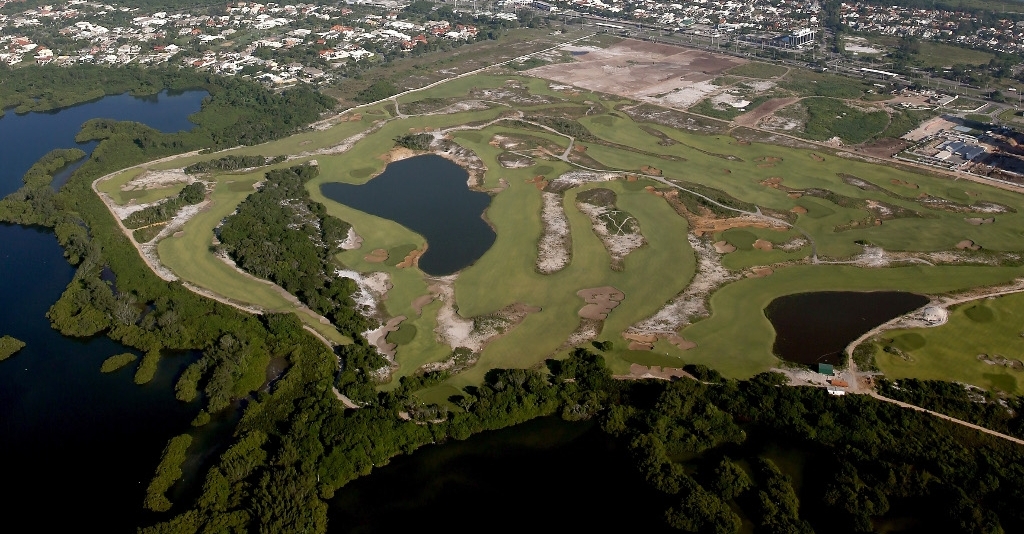 A number of international golfers were also invited, but had to decline due to clashing schedules.

"I never expected it to be so well developed," Nagl said after playing 18 holes on the new layout.

"I would say it's equal to a good course like the Doral in Miami.

"Apart from the bunkers, which have too much sand, I have to say the course is in great shape," she added.

"It suits a player using mid and long irons to approach the greens. The second shot will matter."

The Reserva de Marapendi course was supposed to be completed in 2014, but construction was held up due to land ownership and environmental issues.

More recently, the spread of the Zika virus in South America by mosquitos has raised concerns about player safety.

"My mum in Berlin gave me some mosquito spray before I left for Brazil," said Nagl, who grew up in Germany but is hoping to represent Brazil in the Olympics.

"However, I didn't see one mosquito. I was surprised because it was so hot and humid.

"It will much cooler by the time of the Olympics in August."

The men's and women's golf events at the Olympics will see 60 players compete over 72 holes of strokeplay.