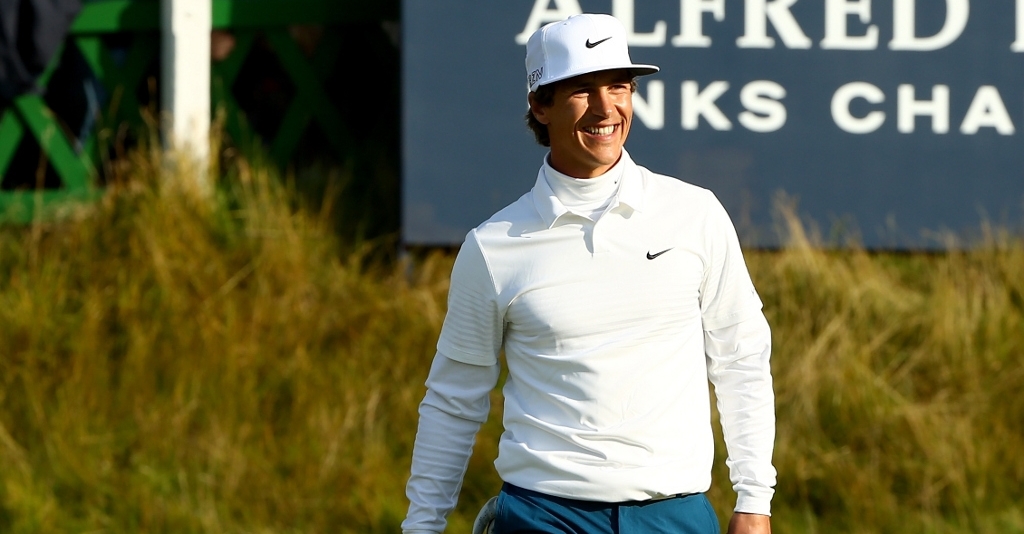 Thorbjorn Olesen will take a three-shot lead into the final round of the Alfred Dunhill Links Championship.

Playing at St Andrews, the Dane shot a commanding seven-under-par 65 to take his total to 17 under par.

That was a full three strokes clear of Germany's Florian Fritsch, whose 64 at Kingsbarns saw him rise 20 places up the leaderboard.

Frenchman Benjamin Hebert follows in third on 13 under, while four players follow in a tie for fourth on 12 under – Bradley Dredge (68), Kiradech Aphibarnrat (66), Chris Stroud (70) and Joakim Lagergren.

South Africans Ernie Els (66) and Branden Grace (68) join the likes of Brooks Koepka and Jamie Donaldson on 11 under.

Overnight leader and newly turned professional Jimmy Mullen dropped down to nine under with a 74, while fellow rookie Paul Dunne shot a 72 to lie on 10 under, seven back.

Starting from the 10th, Olesen started the day with a bogey but bounced back with birdies  third, fourth, seventh and eighth to make the turn in 33.

He made another trio of gains on the 14th, 15th and 16th, and a 20-foot putt for birdie at the last ensured he would take a valuable three-shot lead into Sunday's final round at St Andrews.

"It was a great day. I started off badly by hitting it in the water on the first but I got over it and played some good golf out there.

"My putter started to get very hot out there and I holed a lot of great putts. So yeah, it was good fun," Olesen told the European Tour.

"To be honest it's been very tough this season with an injury, also, and playing some bad golf. But I've been finding my way and just practising hard and just hoping for it to come along at some point.

"There have been some good rounds, but I just haven't been able to really do it for all four rounds. But yeah, hopefully I can do it this week. It's definitely nice to be up there on the leaderboard.

"We will see how the weather is tomorrow but if it's the same, there's definitely going to be a lot of birdies. I'll just have to try to keep up and go out there and hopefully find a few birdies.

"It's always difficult to go into the last day with a lead. It's definitely a nice position to be in, and you know you can shoot a good score around this golf course if the weather is nice.

"It's definitely not going to be easy but I'm going to go out there tomorrow and try my best."