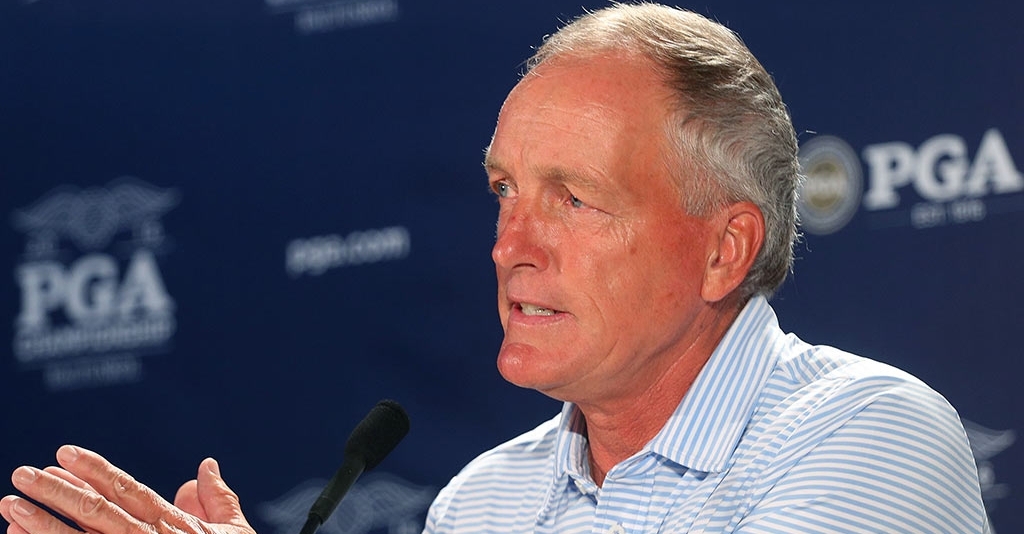 PGA Championship officials have defended their decision not to use a two-tee start for the third round of the tournament despite bad weather stopping play on Saturday.

The top 10 players on the leaderboard were yet to get under way when play was halted in New Jersey due to the course being partly flooded in places and now will play 36 holes on Sunday, with the chance of a Monday finish.

Despite the bad weather being forecast, PGA of America chief championships officer Kerry Haigh said a two-tee start was "not significantly" discussed.

"The forecast, actually the last three days, has called for very similar weather, with a chance of afternoon storms," Haigh told media.

"It's a major championship and we certainly try and look at starting from one tee wherever we can. Unfortunately, the weather didn't help us today.

"I think we have sort of a similar forecast for tomorrow (Sunday). Our hope is that those showers or storms hit elsewhere."

When weather had a similar effect in 2014 at the US PGA in Valhalla the PGA of America had no problem with two-tee starts and players in groups of three instead of two.

Haigh added: "It certainly depends on when it is in the championship. It's something we absolutely would prefer not to do, but if it's something that you have to make a conclusion to a major championship, then we would certainly look at it.

"But we do have Monday as an option, to continue into Monday if we need be. But our primary aim is to try and finish tomorrow (Sunday) evening.

The final round pairings are expected to be the same as that of the third round when things get underway on Sunday.