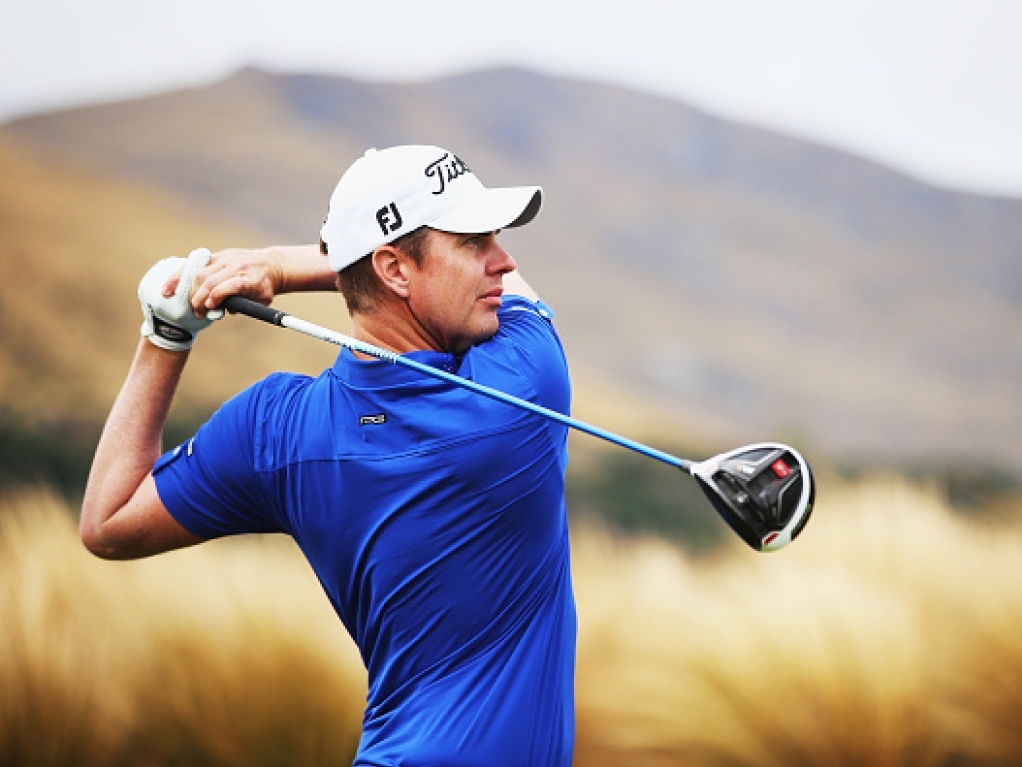 Betting on the NSW Open was suspended after a string of wagers backed 1000-1 outsider Mark Hale to win.

Hale, who is unlikely to be anywhere near hoisting the Kel Nagle Cup on Sunday, was backed by a group of friends from Mudgee in a move that prompted the TAB to close the market for the event.

A series of small bets pushed Hale’s odds to 200-1 ahead of the tournament, with the bookmaker suspending all betting on the tournament as it faced an enormous liability.

The market was expected to reopen today.

The group discusses horse racing on Facebook and after one member posted Hale’s odds of winning the NSW Open, they began making small wagers on their friend and were part of the craowd at the Greg Norman-designed Stonecutters Ridge Golf Club.

“We had a photo taken this morning with all the tickets and it just had the zeroes on them because they suspended betting,” group member Stuart Ferguson said.

“We all had $5 or $10 on him each-way and we got him at crazy prices and we didn’t think we would see a betting market suspended for an amateur from country NSW.”

Hale was in a share of 116th after his second round and missed the cut, shooting a first-round 73 and a second-round 71 to be even-par in the 156-strong field.

Pacesetter Adam Blyth was on 16-under overall after a second-round 63 at nine-under-par to go with his opening round of 65.