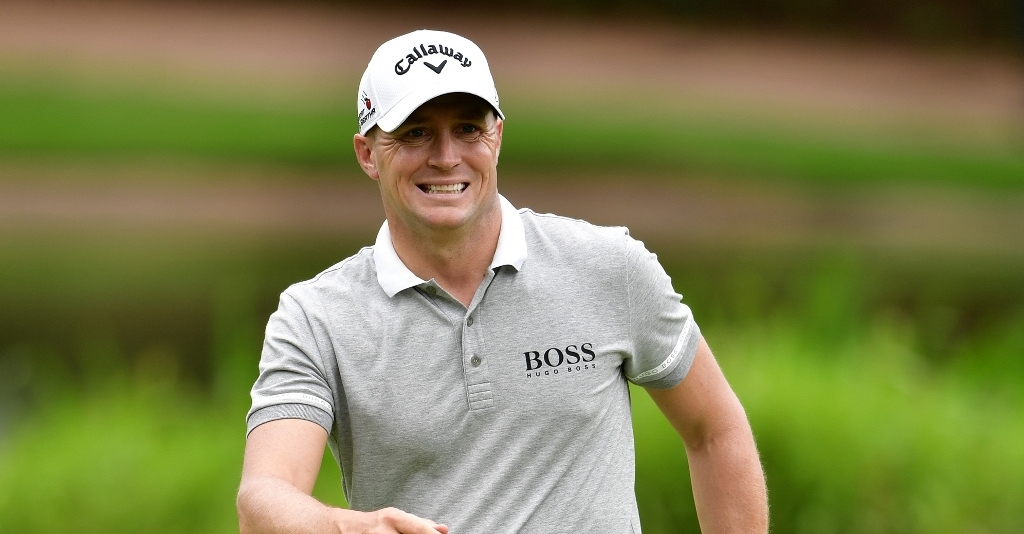 Alex Noren shot a five-under-par 67 on a weather-disrupted second day of the Nedbank Golf Challenge to lead by two shots heading into the weekend.

The Swede – already a three-time winner on the European Tour this year – mastered the challenging conditions at Gary Player Country Club on Friday, carding six birdies and only one bogey to take his total to eight under par.

Play was suspended for one hour and 42 minutes due to the threat of lightning earlier in the day, though thankfully the bad weather did not hang around for long enough to prevent the players from completing their second rounds.

Is there anything that @Alex_Noren can't do?!

"I made a lot of birdies on the back nine after that delay, which was great fun," said Noren.

"I managed to chip-in, which always helps.And then make a birdie on 17, which is quite a tricky hole today.

Oosthuizen made the biggest move of the day courtesy of a superb 66, picking up six birdies without dropping a single shot.

“It was tough out there. The wind was all over the place, and you have gusts coming now and then, and it makes it difficult,” he said.

“I feel good over the ball. I'm hitting it well and just need to make a few putts. This was a good round to get back into the event. Hopefully I can just build on this.”

It was less of a good day for Race to Dubai leader Henrik Stenson, who had to settle for a two-over 74 that dropped him down to one under for the tournament, seven shots adrift.

Stenson did close with a birdie, however, to get under par.

His Race to Dubai rival Danny Willett didn't fare any better, however, also signing for a 74 to lie on five over.

One of the highlights of the day came from Denmark's Lasse Jensen, who produced a sensational albatross at the long 14th on the way to a 69 that lifted him to two under.

All of the first-round leaders fell somewhat off the pace on Friday – South Korean rookie Jeunghun Wang with a 73, Ross Fisher with a 72 and Felipe Aguilar with a 75.