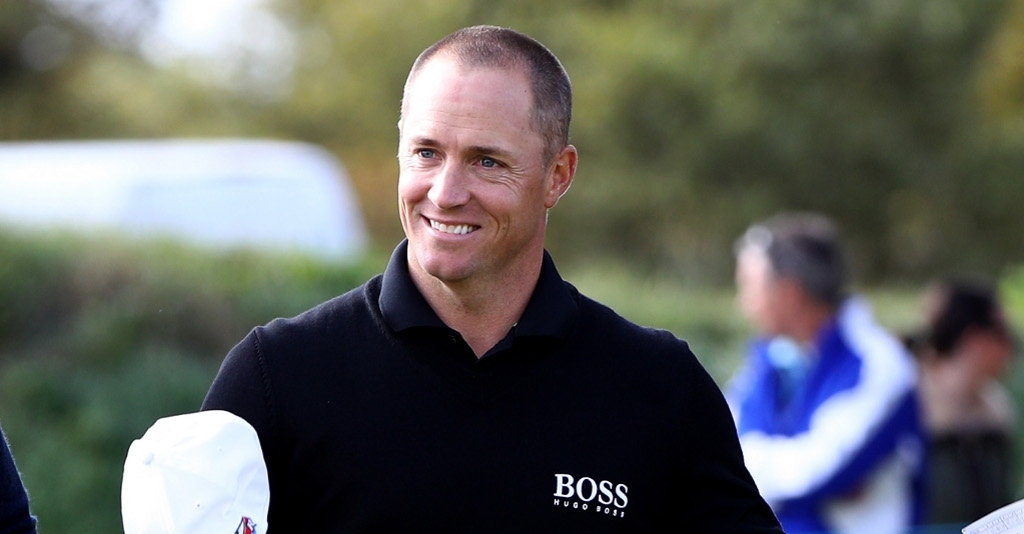 Alex Noren leads the Alfred Dunhill Links Championship after a course record-equalling 64 at Carnoustie on Thursday.

The Swede fired eight birdies in a flawless round to take a narrow one-shot lead after the first round of the European Tour event, which is played on three different courses.

Carnoustie is considered tougher than both the Old Course at St Andrews and Kingsbarns, the two other lay-outs players must successfully negotiate this week, but that didn't stop Noren.

Starting from the 10th, he birdied three of his first five holes to reach the turn in 33, and then picked up another shot at the first to move to four under.

After three successive pars, Noren then made a grandstand finish, birdying the fifth, sixth, eighth and ninth holes to sign for a rare 64 at Carnoustie.

A Carnoustie course record 64 from @Alex_Noren!

"I putted great and then yeah, got it going," said Noren. "It was tough conditions but probably one of the best rounds I've played, so I'm very happy right now.

"The course, all three courses, are in probably the best shape I've ever seen them. The greens are running great. It's in great shape."

Lying just one shot off Noren's lead is England's Ross Fisher, who opened with a 65 at Kingsbarns.

In all the way.@Ross_Fisher is making a move at Kingsbarns. https://t.co/k4d3rx7HpO

He is followed by another Swede, Joakim Lagergren, and another Englishman, Matt Ford, who are tied for third on six under after opening 66s – Lagergren achieving his score at Carnoustie and Ford at Kingsbarns.

Jacquelin and Shinkwin's 67s were the lowest rounds of the day at St Andrews.

Danny Willett, meanwhile, returned to European Tour duty after his Ryder Cup experience and opened with a one-over-par 73 at Carnoustie.