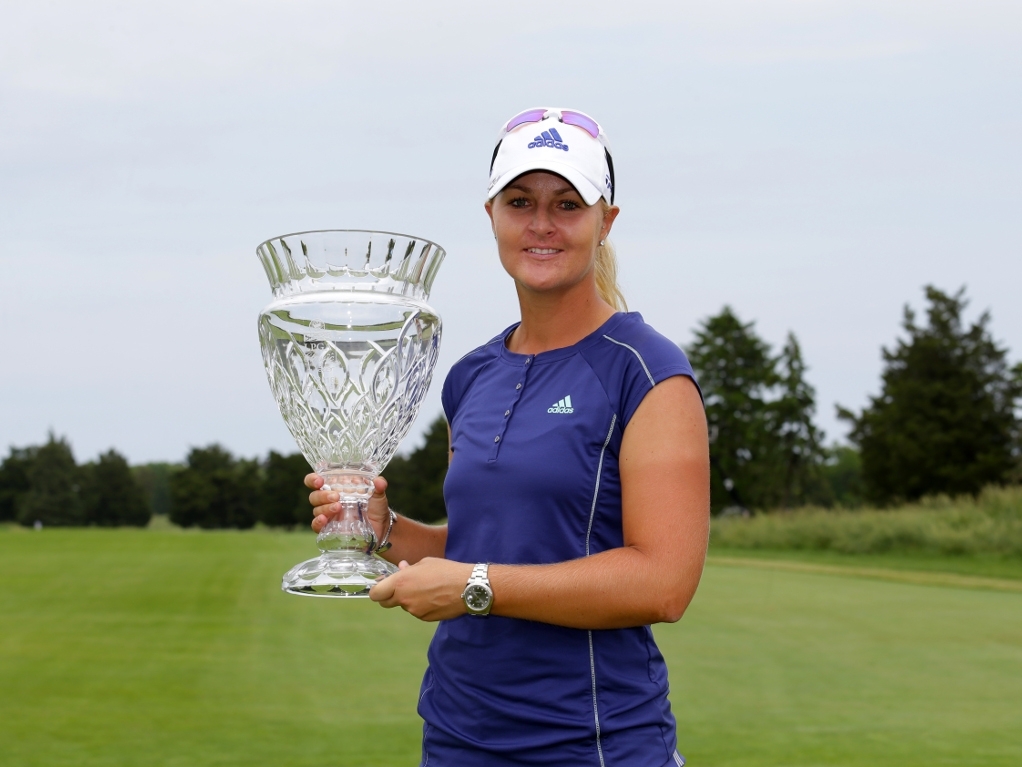 Anna Nordqvist carded a seven-under-par 64 to claim a one-shot win and retain her Shoprite LPGA Classic title on Sunday.

Nordqvist’s victory snaps her one-year title drought as she had not won an LPGA Tour event since she triumphed at the same event last year.

The Swede ended her tournament on 17-under, one stroke ahead of Japan’s Haru Nomura, who fired a 66 and finished on 16-under.

Overnight leader Karine Icher was in third on 14-under, while Christina Kim came fourth on 13-under.

Meanwhile, world number four Brooke Henderson concluded her tournament 13 shots adrift of the lead in a tie for 45th.

Nordqvist made her presence felt right away in the third and final round as she began with a birdie at the first before proceeding to make two more at the third and fourth. Consecutive birdies at the eighth and ninth rounded off a stellar front nine for the 28-year-old.

While Nordqvist was unable to mirror her front nine performance on the back nine, she still managed to make two birdies at the 12th and 16th, which was enough to see her win her sixth LPGA Tour title.

Nomura remained consistent throughout the three rounds, but led to her falling agonisingly short of, what would have been, her third LPGA title of the year and her career.

Nomura kicked off her round with four birdies and a bogey before going on to make two birdies on the back nine, including one at the 18th, which went in vain.

After tying the course record with a 62 on Saturday, Icher had the chance to win her maiden LPGA Tour title, but that went in smoke after she registered a two-under-par 69.

Icher started her round with three birdies and a bogey on the front nine, but her fortunes took a turn for the worse on the back nine as she only made a birdie and a bogey.

Henderson, meanwhile, carded her second successive round of 70 on Sunday, which saw her make three birdies and two bogeys.