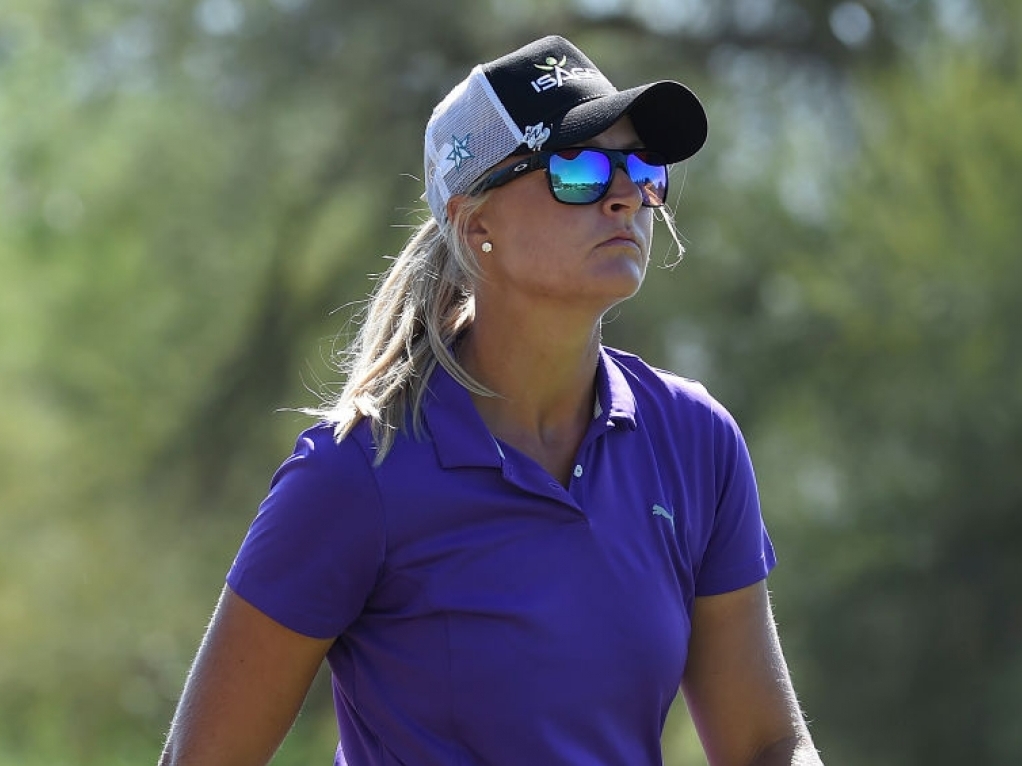 Anna Nordqvist kept her cool in the desert heat to seal victory at the Bank of Hope Founders Cup on Sunday.

The 29-year-old Swede shot a four-under par 68 to hold off the challenge of fellow major winners Ariya Jutanugarn of Thailand, America’s Stacy Lewis and Korea’s In Gee Chun by two shots in the searing heat at Desert Ridge.

Nordqvist hit five birdies and one bogey in her final round to finish the tournament at 25-under par, just two strokes off the LPGA Tour record that Korea’s Sei Young Kim had matched here last year.

The low score was made possible after she had carded a tournament-record 61 on Saturday to hold a two-stroke lead after 54 holes, and she never looked like relinquishing her position at the top of the leaderboard.

Jutanugarn and Lewis shot 68s, while Chun recorded a six-birdie round of 66.

World number one Lydia Ko finished five shots off the lead in a tie for eighth place at 20 under after shooting a final round 68.

The win was Nordqvist’s seventh LPGA Tour title and her first since she defended the ShopRite LPGA Classic title in June last year.