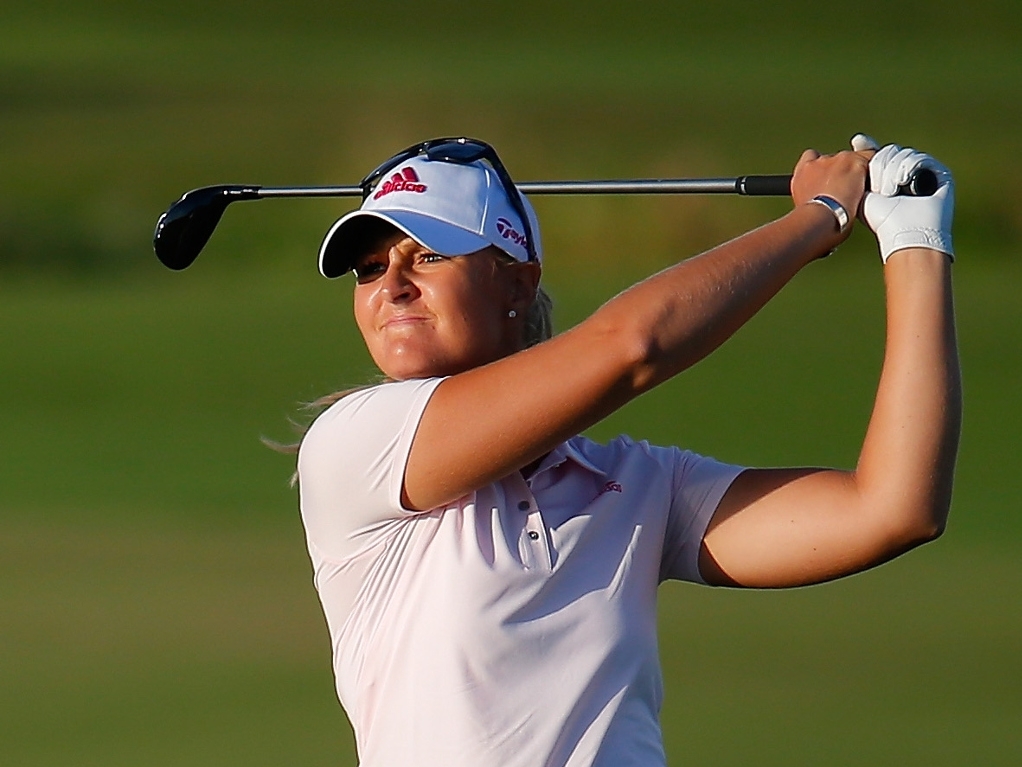 Anna Nordqvist leapt to the top of the leaderboard at the LPGA’s Founders Cup after a blistering third round 11-under par 61 at the Wildfire Club in Arizona.

The 29-year-old Swede set a new course record in the desert to finish 21-under par after three rounds and claim a two shot lead over Thailand’s Ariya Jutanugarn and Stacey Lewis.

South Korea’s So Yeon Ryu was on her own in fourth spot after shooting a 64.

Nordqvist was in imperious form, sinking nine birdies and an eagle to move 12 places up the leaderboard and be in pole position to claim a seventh LPGA Tour title.

Nordqvist, who attended Arizona University as an amateur, said it was nice to do well so close to her second home.

“They always say that home is where the heart is, and my heart is definitely still here,” said Nordqvist.

“I always say I'm a west coast girl and people remind me I'm from Sweden. But even though I live in Florida now, this definitely feels like home,” she added.

World Number One Lydia Ko also shot up the leaderboard on Saturday after shooting a 9-under 63 to finish five shots behind in a tie for seventh place along with Korea’s Inbee Park.

Two-time tournament runner up Ko, said on Friday she would need two special rounds to get back into contention after a slow start, and she duly ended her round with six straight birdies.

“I don't know if I've had that string of birdies in a row before,” Ko said, after her round.

“So, yeah, I obviously was rolling it good. No matter how long the putt is, you always got to put a good stroke on it.”