Nomura three ahead in San Francisco 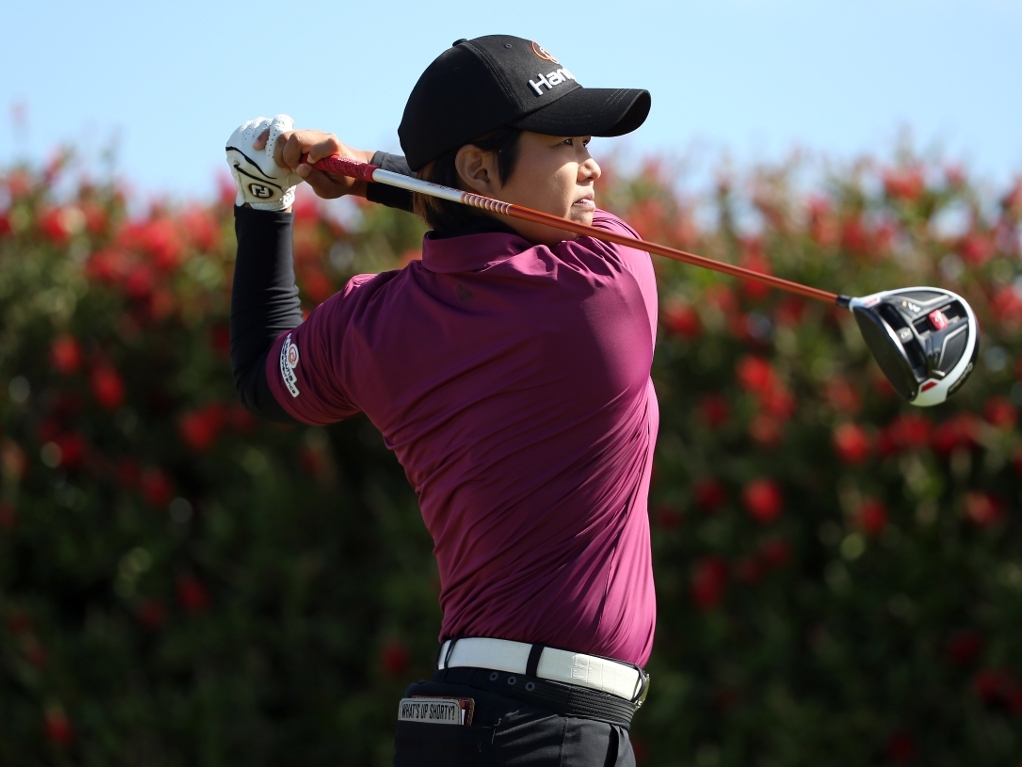 Haru Nomura fired a two-under-par 70 to claim a three-shot lead at the Swinging Skirts LPGA Classic on Friday.

Nomura, who is on nine-under, is followed by overnight leader So Yeon Ryu, Minjee Lee and Na Yeon Choi as they currently sit in a tie for second on six-under.

Meanwhile, world number one and defending champion Lydia Ko is in a tie for fifth and four strokes adrift of the lead.

After making 11 consecutive pars in blustery conditions, Nomura began to find her groove as she made successive 15-foot birdie putts at the 12th and 13th before recording her only bogey of the round at the 16th. However, the Women’s Australian Open champion atoned for her mistake with a birdie at the 17th and now finds herself with a comfortable lead heading into the third round.

Ryu, who carded a tournament-record 63 on Thursday, failed to mirror her performance on Friday as she hit a three-over-par 75, which began with her making four bogeys on her first five holes before she made her first birdie at the seventh. The South Korean continued to struggle on the back nine as she made two birdies and two more bogeys.

Lee surged up 57 spots on the leaderboard after recording a seven-under-par 65, which began with her making three birdies on the front nine. The Australian, who won the LOTTE Championship last week, continued her comeback on her back nine as she registered four more birdies.

Choi, who carded a 70, did not get off to the best of starts as she made two birdies and two bogeys on her front nine. Despite starting her back nine with two bogeys on her first three holes, the 28-year-old shifted her game to the next level and went on to turn her fortunes around with four birdies in the space of her last six holes.

Meanwhile, Ko looked in excellent form at the beginning of her round of 71 as she made three birdies on the front nine. However, the world number one was unable to maintain her momentum heading into the back nine as she made bogeys at the 15th and 17th.