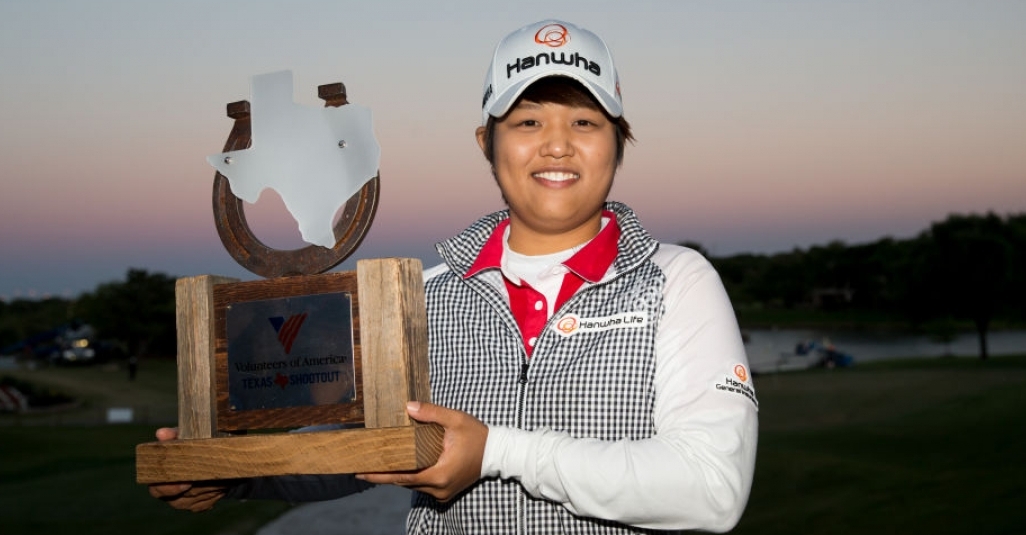 Hara Nomura overcame strong winds and a back-nine collapse to win the Volunteers of America Texas Shootout on Sunday after holing out for a birdie to defeat Cristie Kerr at the sixth extra hole.

Nomura two-putted for birdie on the 18th hole to record her third LPGA Tour victory after the duo parred the hole five times in succession.

Nomura had earlier birdied the 18th during regulation play to force a playoff, the 24-year-old from Japan shooting a final round 76 at Las Colinas Country Club to finish at 3-under 281 after throwing away a five-shot lead at the turn.

She began the back nine eight-under par, but consecutive bogeys at 10 and 11, additional dropped shots at 14 and 16, plus a double bogey at 17 saw her drop one shot behind Kerr after the American had birdied the same hole.

Kerr was trying to win a second consecutive tournament after the 39-year-old won in Hawaii two weeks ago to claim her 19th career victory, but it wasn’t to be.

Jessica Korda finished third at one under after shooting a 73, a stroke ahead of Sung Hyun Park.

Eun-Hee Ji, whose round of 70 was one of only two below par on the final day, tied for fifth with Angel Yin at one-over par.

World number one Lydia Ko, who withdrew with an eye infection, will remain at the top for the 80th consecutive week despite missing the tournament.

World number two So Yeon Ryu could have taken over at the top by finishing first or second, but shot a closing round of 75 to finish tied for ninth place. Third-ranked Ariya Jutanugarn of Thailand could have also taken over No. 1 with a win, but dropped away with consecutive rounds of 76 after being one stroke off the 36-hole lead.