Nocera joined by Yan at halfway 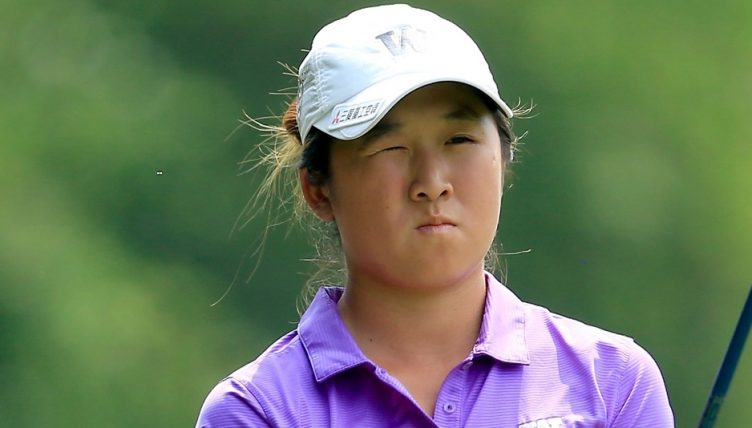 China’s Jing Yan fired a second round of seven under par 65 to join French Solheim Cup player Gwladys Nocera in the lead on nine under par at the Xiamen International Ladies Open in China.

A flurry of eight birdies against one bogey put the 19-year-old Yan from Shanghai in prime position to challenge for a maiden title at the halfway stage of the tournament.

Nocera’s solid second round of 68 containing four birdies means she is also well placed in her quest for a 15th title on the Ladies European Tour.

The pair are two strokes ahead of Thailand’s Kusuma Meechai with English pair Liz Young and Hannah Burke, Australian Stacey Keating and Pei-Yun Chien of Chinese Taipei a stroke behind on six under par.

Further down the leader board, Solheim Cup player Caroline Hedwall recovered from an opening 75 with a strong 69 which put her back to level par and tied for 40th place. The defending champion Ssu-Chia Cheng from nearby Chinese Taipei carded rounds of 72 and 73 to lie in joint 52nd, just inside the cut line on one over par.

Yan, who in 2013 won the Girls’ British Open Amateur Championship at Fairhaven Golf Club and the Ladies’ British Open Amateur Stroke Play Championship at Prestwick, is a familiar face on the Ladies European Tour as she has played in several tournaments as an amateur. This is her rookie year as a professional and she holds conditional status on the LPGA, but she describes it as a ‘B year’ with only two top 20 finishes, including a season best tie for 11th at the Kingsmill, so far.

Prior to last year’s inaugural Xiamen International Ladies Open, Orient Golf and Country Club hosted the China Ladies Open seven times consecutively from 2006 to 2012 and Yan said: “I started to play this golf course at age of 12 and had played six times so far. I am glad to come back here and put myself in a familiar kind of atmosphere.”

Nocera, who won in China two years ago at the Suzhou Taihu Ladies Open, continued to play well. She commented: “I hit the ball better today than yesterday. I didn’t get the speed at the end. I think the greens are growing with the heat and I couldn’t get the right speed. I had one ball hanging on the hole and I can’t believe it wasn’t in the hole. It was a good finish on 18 with a birdie which puts me back in a share of the lead for the weekend. If I keep on improving my game I will have a lot of chances so I’ll stay focused on what I have to do as I want that winning feeling again.”