Nocera hits the front in Xiamen 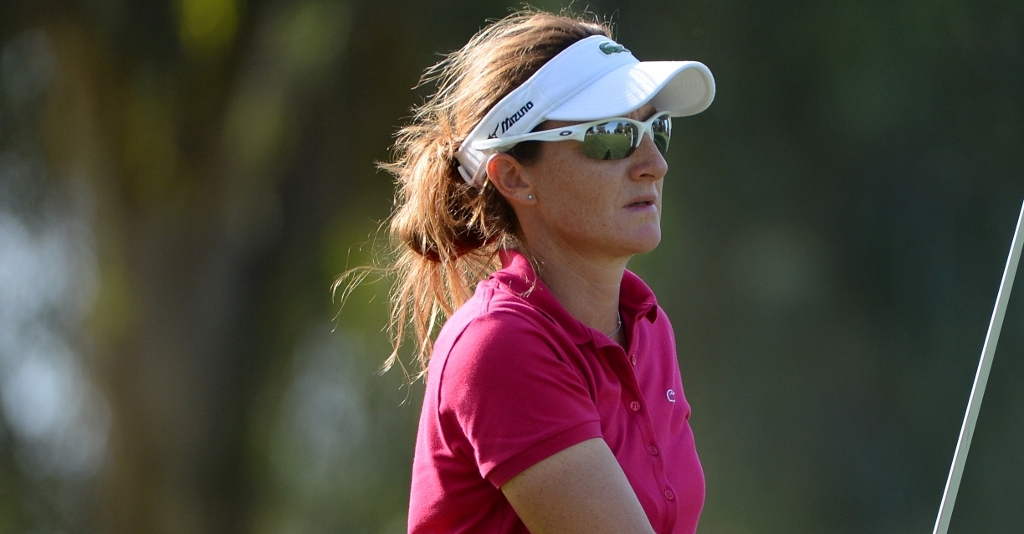 French Solheim Cup player Gwladys Nocera grabbed the first round lead at the Xiamen International Ladies Open with an opening five under 67 at Orient Golf and Country Club in China.

Starting out in damp conditions, Nocera began with a birdie on the par-4 10th hole and continued with three more birdies on the back nine on holes 13, 14 and 16.

She took her only bogey of the round on the par-4 second after missing the green and two putting, but from there she recovered with a pair of solid birdies on holes five and nine.

“I played good. I didn’t hit the ball really well but I hit the fairways and greens and I putted really well. I was very offensive on the putting and it worked,” said Nocera, 40, from Moulins.

“It was tough. It was raining a lot and the ball wasn’t going anywhere and the greens were pretty slow for the morning. You have to adjust and deal with it. It was tough but I’m glad I shot a good score today.”

Thai pair Tanaporn Kongkiatkrai and Kusuma Meechai and South Korean Yeon Mi Choi are a shot back on four under par. Kongkiatkrai three-putted on the par-4 first hole but hit five birdies including three in four holes from the ninth. The fifth year professional from Bangkok said: “I hit 15 greens and made some very good up and downs. I holed a good birdie putt of 10 yards so my short game was pretty sharp.”

Playing with a niggling back injury, her target is to play level par for the tournament and she has low expectations. Fellow Thai player Meechai is also taking it day by day. She hit 18 greens in regulation and made four birdies at the fifth, 10th, 14th and 18th in the first round, commenting: “The golf course is not easy. I hit my drives pretty well and long, so that made it much easier. I will try to hit the greens in regulation again tomorrow.”

The recent Tipsport Ladies Masters champion Hannah Burke from England, Scotland’s Pamela Pretswell and Denmark’s Daisy Nielsen are in a seven-way share of fifth place on three under par.

Fellow Dane Nicole Broch Larsen, Alexandra Vilatte from France, Patricia Sanz Barrio from Spain and England’s Liz Young are among the players a stroke further back. Improved weather conditions with temperatures in the high 20s and occasional showers are forecast for the next three days.