No pressure on USA 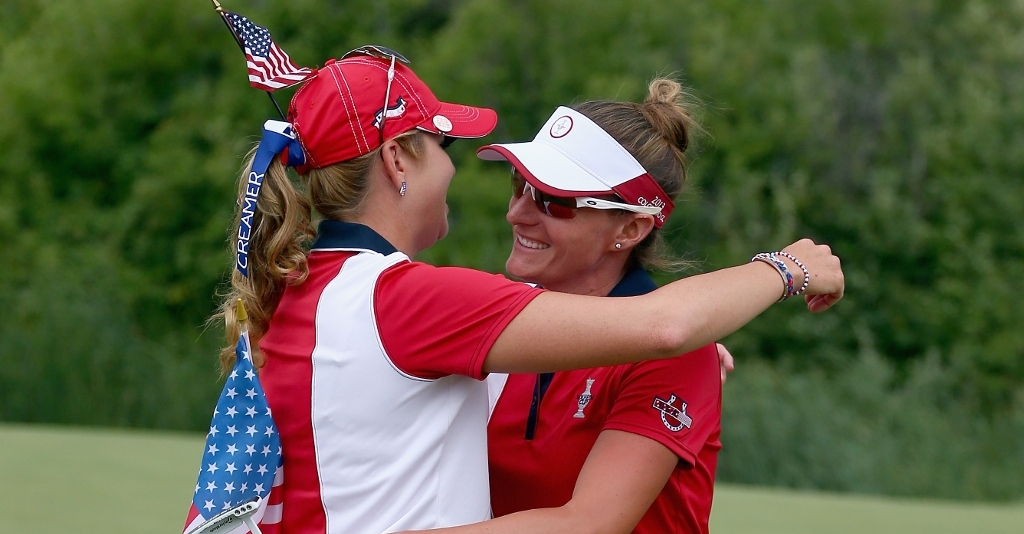 British golfer Henni Zuel has said that team USA could be dangerous at the Solheim Cup as there is no pressure on them to win.

Zuel explains that the USA's defeats at the last two installments of the tournament means they will not expected to win the trophy in 2015, and have the freedom to play more expansively as a result.

"I think they have nothing to lose," Zuel told Sky Sports.

"They have lost the last two Solheim Cups and they are in Europe where generally the home team are expected to do better.

"I don't think there will be too much expectation on them and I think it will help them in a way to just get out there and do well."

On who she thinks will win the Solheim Cup, Zuel explains that although her loyalties are with the European team she can’t help but root for the underdogs.

"My heart wants Europe to win but I think USA are going to do it though. I just think they're the underdog, there's no expectation on them at all and the course at St Leon Rot is an American style course.

"They are more in-form than the European team so my heart says Europe, but on paper I think USA are going to do it."

The 25-year-old also expects ladies European golf to receive a boost from the coverage the Solheim Cup will get from this.

"It would be phenomenal for ladies' golf in Europe where it isn't quite as large as it is in the States," she said.

"It would really show the quality of the players that we have here and that will hopefully attract more sponsors and viewers to the European Tour and really show that Europe is the best women's golfing stage in the world."