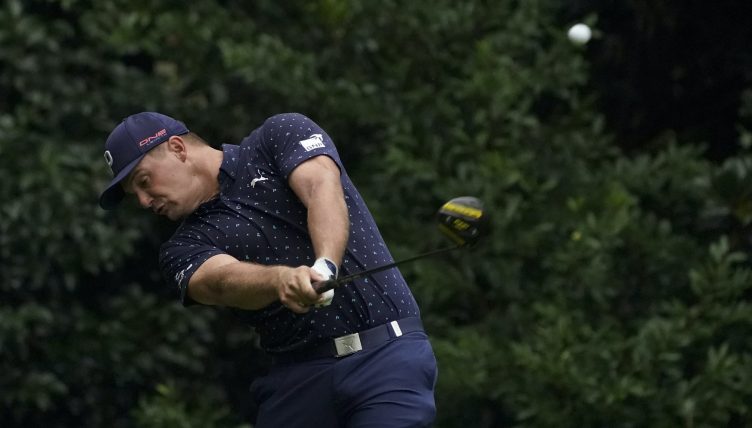 After a seven-month delay caused by the coronavirus pandemic, former champions Gary Player and Jack Nicklaus got the eagerly anticipated 84th Masters under way on Thursday.

But only 25 minutes of action was possible before play was suspended due to the threat of lightning.

Player and Nicklaus continued their role as honorary starters by each hitting a tee shot on the opening hole at Augusta National at 7am local time.

“I’m glad it was dark because you could not see where the ball went,” Nicklaus joked.

With the formalities out of the way and following a 10-minute delay due to darkness, American Lucas Glover got the tournament proper under way from the first tee, with 1988 winner Sandy Lyle doing so from the 10th.

A lack of daylight in November meant both tees have to be used over the opening two days to hopefully allow play to finish on time.

Unfortunately Thursday’s weather forecast included the possibility of heavy rain and isolated thunderstorms and the siren duly sounded to suspend play and call players back to the safety of the clubhouse.

After an 11-year wait, Tiger Woods won his 15th major championship and fifth Masters title at Augusta National in April last year, the 44-year-old finishing a shot ahead of Dustin Johnson, Brooks Koepka and Xander Schauffele.

Almost 600 days later, Woods will attempt to defy the odds once more but the delay has done him few favours, the world number 33 managing a best of tied 37th in six events since the restart, the most recent of which was a tie for 72nd in a 78-man field in his defence of the Zozo Championship.

“I’ve (either) driven it well or hit my irons poorly,” Woods said. “Or I’ve put the ball-striking together and I haven’t putted well. I haven’t put all the pieces together and hopefully that will be this week.”

Remarkably Woods has not been the centre of attention in the build-up due to the big-hitting exploits of Bryson DeChambeau, who powered his way to a six-shot victory in the US Open in September.

“I can hit it as far as I want to, but it comes down to putting and chipping out here,” admitted the world number six, who shared the lead after an opening 66 last year before fading to 29th.

“I will say that I’m trying to look at it as I’m still an underdog to the field. Anybody can win this week. There’s a lot of unbelievable players out there.”